Five consultancy shake-ups that have rocked adland this year 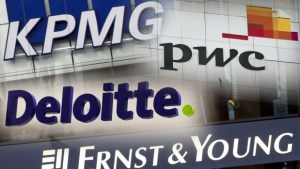 2017 has without a doubt been the year of the management consultancy.

Accenture, PwC, RXP, KPMG and now Deloitte have all made huge plays in the space that will have a long-term impact on the advertising industry. McKinsey’s and EY are yet to reveal how they will bolster their creative and digital capabilities, but it's certainly on the agenda.

The consultancies are rising fast in Australia by gaining a foothold in marketing departments and wooing chief marketing officers with their vast array of strategic and data analytics solutions to big business problems that traditional advertising can no longer solve alone.

This year, we’ve seen them layer on creative services, leveraging talent from The Monkeys, Thinkerbell, The Works and McCann.

As consultancies encroach further into advertising's turf, we take a look back at the five shake-ups that have rocked Australian advertising this year and what it could mean for the Sydney and Melbourne market.

Adrian Mills, one of minds behind the awarded is Dumb Ways to Die, is highly respected in the Melbourne market and could be a door opener for Deloitte into the creative space.

Adrian Mills was behind the iconic Dumb Ways to Die campaign

It represents a different approach from a consulting firm to airlift out a chunk of talent, rather than investing in acquiring an agency, like The Monkeys and The Works - although rumour has it, it had also been looking at The Monkeys prior to the Accenture acquisition.

The move comes as no surprise to the industry, with Deloitte making it's intent clear earlier this year, strengthening its marketing capabilities with the appointment of former Network Ten brand chief Matt McGrath to CMO and ex-Telstra marketing director Andy Bateman.

Deloitte has had an agency since 2000 when it acquired Eclipse and introduced Deloitte Digital. Its name regularly appears on pitch lists already, so many consider the move a natural progression for the business.

In the first signal of what was to come, earlier this year Russel Howcroft departed Network Ten to join PwC as chief creative officer. The move came as shock to the industry, with Howcroft having renowned passion for TV, as well as career in agencies such as Y&R and Brandhouse.

While Howcroft remains adamant PwC is not so much a threat to the creative industry as a different offering, taking a stake in Adam Ferrier's Thinkerbell shows it’s very much keen to compete in the same space.

Now Buckman has left Foxtel, he is rumoured to be taking on a bigger role at PwC.

Howcroft's long-standing career, as well as his reputation in the industry, could give Thinkerbell an advantage in Melbourne, which is a market largely based on who you know and deals sealed with a handshake.

3. Accenture and The Monkeys

Arguably the biggest consultancy move this year, Accenture Interactive bought The Monkeys for $63 million. The Monkeys had been independent for more than 10 years, founded by Mark Green, Justin Drape and Scott Nowell.

As one of the most respected advertising agencies, the acquisition showed Accenture was serious about upping its creative clout after its first local acquisition of Reactive in 2015. Accenture has been the most active in the Australian creative space, acquiring both Fjord and creative tech studio Creative Moon in 2015.

So far, Accenture seems to have learnt from its acquisition of Reactive, which many saw as a difficult integration of cultures, and is giving The Monkeys free reign and it is still operating as a separate business.

In the six months since The Monkeys announced they'd be opening a Melbourne office, the agency has already landed the accounts for CrownBet, Australia Post and Holden SUV. It has increased its Sydney team from 120 to 150 staff and the Melbourne office will sit at 40 people, growing alongside its client base.

The Monkeys first work for CrownBet

After gutting Clemenger Melbourne, poaching Paul McMillan and Michael Derepas to lead it, The Monkeys have Melbournians on the ground. They are forced to be reckoned with and their presence in Melbourne will send ripples through existing agencies as clients look to greener grass. The agency is still looking for a Melbourne creative lead, which has long been tipped to be Clemenger's Ant Keogh, or Melbourne native and current Monkey Grant Rutherford.

And it's not just consultancies that are muscling in on Melbourne - MercerBell, With Collective, The Hallway and more have all announced a foray into the city. If the last three months are anything to go by, with consultants raiding traditional shops like McCann and Clemenger, Melbourne will certainly be keeping the trade press busy.

4. RXP and The Works

In August this year The Works sold to digital consultancy business RXP. While a smaller consultancy than Accenture and PwC, RXP’s technology focus was what attracted The Works to sell after being heavily pursued by agency networks, specifically Omnicom, for years.

Prior to the acquisition, the agency was independent for 15 years, founded by Damian Pincus, Douglas Niccol and Kevin Macmillan. Like The Monkeys, The Works remains adamant it won’t radically change the agency, but will help expand its client base and could result in a foray to Melbourne.

The Works' messenger-based social media company On Message will reap the benefit from RXP's expertise and cash as more brands look to explore the area of chatbots.

RXP has a greater presence in Melbourne, and like many consultants already works with the biggest clients in town. If The Works is to launch in Melbourne, it will be interesting to see if they opt to find their own space or run the business from the RXP offices.

With The Monkeys and Deloitte looking to traditional shops to build their teams, The Works' Melbourne office could be a threat to CHE Proximity, which has a similar CX and CRM focus, as well as other legacy businesses in the market, such as Y&R, Saatchi & Saatchi and Ogilvy. 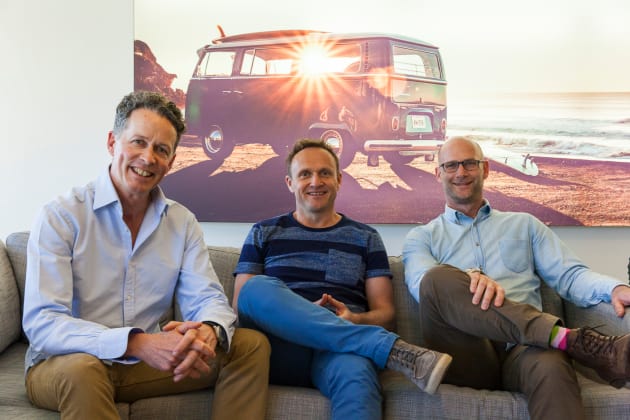 Only three months after its official launch, PwC snapped up a stake in new Melbourne shop Thinkerbell. PwC took a minority stake in the agency, founded by former Cummins&Partners trio Adam Ferrier, Ben Couzens and Jim Ingram, which is likely to increase as Thinkerbell establishes itself in the industry.

Howcroft led the acquisition, with him and Ferrier old Melbourne mates, and told AdNews at the time PwC only took a minority stake to allow the founders to create a culture and build the team they want. The move is considered curious through the industry, with sources claiming PwC has been backing the agency since its launch.

Thinkerbell is yet to show the industry the full power of its "measured magic". It's 13CABS work has got some flak and while the agency is in the midst of seeking new business, it lost out to The Monkeys on the Holden SUV pitch. It's still on the hunt for a business leader, which is tipped to be former OMD MD Margie Reid - which would bolster the agency's media skills.

Its likely The Monkeys and Thinkerbell will be vying for a lot of the same accounts in Melbourne and with The Monkeys already gaining momentum, Thinkerbell has an uphill battle to establishing itself beyond the names of its founders. In saying that, Ferrier's reputation and his high profile in the media, appearing weekly on Sunrise and often on Gruen and Sky News, could sway clients Thinkerbell's way, with The Monkeys keeping a lower profile.

EY, KPMG and McKinsey’s are yet to make major moves in the creative space and rumour has it, each one is already considering their options. KPMG also put Paul Howes in charge of a new customer and marketing consulting business - although he doesn't have a marketing background.

Independent agencies are getting fewer and far between, but all eyes are on The Hallway and Cummins&Partners who are said to be looking to sell up.

Strengthened by their giant consultancy parents and their cash flow, The Monkeys, The Works and Thinkerbell will be added to every pitch list in town. Agencies are already coming up against Deloitte, but it's presence will be ramped up significantly.

Specifically in Melbourne, and also as Toyota drives the growth of other agencies in the market, change will be rampant. Long client relationships have flourished in Melbourne, but the excitement of new agencies will likely see accounts jump ship.

Agencies that have struggled in Melbourne, like M&C Saatchi, which still remains without a MD, and BWM Dentsu, are racing to secure their clients and lock down a new direction. Others, like Clemenger and McCann, are now tasked with rebuilding their teams and it could create some uncertainty faced with new competition. Clemenger promoted within to fill the hole and McCann is expected to make an announcement next week.

Today, Campaign Live has reported that Publicis Groupe and WPP are takeover targets for Accenture as both network's face financial pressure. A leading French bank suggested the most likely scenarios are a consulting or IT services company buys an ad agency group or two ad groups merge as Publicis Groupe and Omnicom tried to do in 2014.