The Works' $33m deal: ‘Thank goodness they didn’t sell to a multinational’ 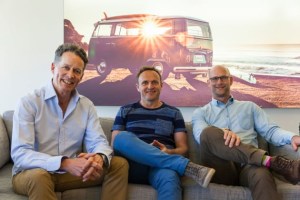 While not much was known about ASX-listed tech company RXP before the $33 million acquisition of The Works a week ago, the overwhelming response from the creative shop's staff and clients was “thank goodness they didn't sell to a multinational”, according to The Works founder Damian Pincus.

Ever since The Monkeys was acquired by Accenture Interactive three months ago, there has been much talk and speculation in the industry about which independent shop would be the next to sell.

The Works was the obvious answer for most people as an established independent with a strong client list and smart business model which has diversified into data and mobile.

The documents filed to the ASX outline the financials of the deal, reporting The Works is expecting revenue of $16.5m this year, with $3.9m in earnings (EBITDA). It also adds The Works' 61 permanent staff to the tech company's headcount

The numbers released on the ASX shows The Works' revenue, while not as high as that attributed The Monkeys by the Australian Financial Review (AFR), did outstrip the profit The Monkeys makes. Earlier this year the AFR reported The Monkeys made $21.6m in FY 16 with $2.45m in profit, at the same time it speculated the deal was worth $63m.

The acquisition of The Works tops out at $33m, split into $25m upfront, and the remaining 30% after 12 months.

Damian Pincus, one of the founders of The Works, emphasised to AdNews the importance of the agency selling to an Australian business, not to a multinational or a global holding group.

“They are Australian, they’re local. Ross [Feilding] is the founder and CEO. We don't have to report overseas and there’s no one in New York telling us what to do or making the decisions, so we’ll continue to be entrepreneurial and nimble,” he says.

No holds barred on holding companies

While it has been independent since launching 15 years ago, Pincus doesn't believe the deal will change his agency.

“I don't think that it will change The Works ... change is a dramatic word. We came out of our first meetings with RXP and we were certain that they aligned with us on culture. We felt sure the way they treat their people is the same as ours.

In the immediate aftermath of the acquisition becoming public, The Works founders sat down with all staff and clients to explain the positioning and what it means for the future of the agency.

Pincus says there is a “genuine feeling of excitement from staff and clients that they want to know more,” adding that there is a resounding feeling that “thank goodness they didn't sell to a multinational”.

“In all honesty, that’s the overwhelming feedback from clients,” he says.

“Clients are excited and worried about what the future holds and they’re looking to agencies to make that change and help them take the next steps into the future. Doing a deal with one of the big communications companies would not have offered that to our clients.

“When a client sits in front of you and genuinely wants to know more about the company that bought you, what they do and what they can offer to them, it's very clear signal that [technology] is what they and where they need help.

He says the experience many clients and agencies have had when being acquired by holding companies in the past, isn't always positive.

“They’re not getting excited about us being in bed with a big communications company or a multinational,” he says.

“A lot of clients’ experience of working with agencies that have sold to the big multinational players has been very dramatic change in the agency that they bought into, and we have no intention of doing that. That's why we're doing the deal with RXP. They want us to continue doing what we're great at.”

The Works’ management is no stranger to deals from potential suitors coming across the desk but Pincus says this was the first time a potential acquisition “genuinely offered a future for the agency”.

Ross Fielding, CEO of RXP, tells AdNews his company started out largely in the IT consulting space but has also looked to “evolve and remain relevant” by adapting the services it offered clients.

It launched in 2010, listing in 2011, and has since then moved more into digital services offering customer journey mapping, digital experience bulbs and end-to-end services.

The Works and RXP have already been working together on several projects over the past eight weeks and is working on an RFP with a government body that Pincus says neither company could have done on its own, but as partners they can tackle it.

“That's where the extraordinary opportunities come from,” he explains.

Under the acquisition the leadership of The Works will remain in their roles, doing what they currently do. What happens after the 12-month or 24-month earn out period remains to be seen.

Whether or not the deal will see The Works expanding to other locations also remains to be seen with Pincus saying if there’s demand for a Melbourne location from clients, they’ll do it.

Pincus has been vocal on the importance of independent agencies in the past, and believes that far from undermining the indie agency scene in Australia, the recent acquisitions should encourage anyone considering going out on their own to do so.

“[Independent agencies] are critical. I would say to anyone thinking about it to do it. Hopefully we'll see a spate of new startups.”