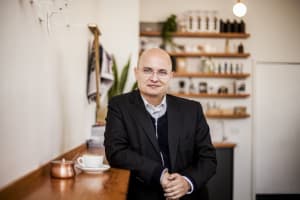 Dahan has returned to Ogilvy as worldwide MD of global brand management for its Singapore office. He was previously director of operations at Ogilvy on the Unilever account before joining M&C Saatchi in 2015.

AdNews understands Dahan has not worked at M&C Saatchi for several months.

On his LinkedIn profile, Dahan claims he took M&C Saatchi Melbourne "back to profit after years of loss", picking up 10 new businesses in his two years and a slate of awards at Cannes and D&AD.

AdNews understands M&C Saatchi has not yet found a replacement for Dahan.

The Melbourne creative industry has undergone a huge shake-up recently with the arrival of The Monkeys, Thinkerbell, The Hallway and now possibly The Works.

Speculation is rife about who will be leading The Monkeys operation and now M&C Saatchi Melbourne, with former BWM Melbourne MD Mark Watkin and Clemenger's Ant Keogh still yet to announce their next position.

M&C Saatchi Melbourne is likely to undergo significant growth as Lexus, which has been previously served by M&C Saatchi Sydney, moves its operations to the region.