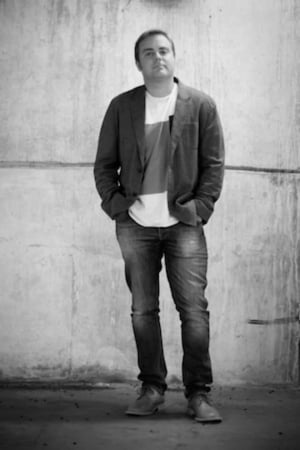 Paul McMillan has been made CEO of The Monkeys Melbourne

McMillan, who has been at Clemenger Melbourne for 11 years, joins as CEO.

Making his mark in the industry running the Carlton and United Breweries account, McMillan’s time at Clemenger Melbourne has been filled industry accolades. He leaves the agency on a high, winning Cannes Agency of the Year for 2017.

“Joining The Monkeys to head up the Melbourne office is a great opportunity. They have built a world class creative reputation and now in conjunction with Accenture Interactive they can really shape where the industry is going,” McMillan says.

Derepas joins The Monkeys as head of strategy with a remit to break new creative ground for the agency’s growing list of Melbourne-based clients.

He departs Clemenger BBDO Melbourne, where during his 11-year stint, he worked on Mars, Fonterra, Mercedes-Benz, Bonds and TAC.

During his tenure, the agency secured much recognition for its work for CUB brands Carlton Draught, Victoria Bitter, Pure Blonde and Corona, and most recently won D&AD's Yellow and Graphite pencils for Bonds ‘Balls’ and a Wood pencil for Snickers ‘Hungerithm’.

The Monkeys cofounder and group CEO Mark Green says the duo will help the agency build a great business in Melbourne and service its new client, Holden.

The Monkeys announced their foray into Melbourne following its acquisition by Accenture in May.

Since then, speculation has been rife on who will lead the Melbourne operations. Rumours are still circulating that Clemenger's Ant Keogh could join The Monkeys as its creative lead, however AdNews understands he is currently exploring the option of his own venture and overseas opportunities.

Clemenger Group CEO Nick Garrett thanks the duo for their time and efforts at the agency.

"The Monkeys is an agency that we have the utmost respect for and they’ve made two great appointments in Paul and Mike. They’re both wonderful people who deserved the opportunity to run their own show. While we’re now competitors, both Paul and Mike will remain friends of the agency. I can’t thank them enough for their time and efforts at Clemenger BBDO and wish them all the best in the future."

What's going on at Clemenger?

Keogh was the first of the long-standing leadership at Clemenger to announce his departure, now followed by McMillan and Derepas.

With Clemenger recognised as the top agency worldwide, following the success of Meet Graham at Cannes, the agency shouldn't have any trouble finding replacements. However, such senior departures would rock any agency.