A 'new standard' in Aussie betting ads: The Monkeys' first work for CrownBet 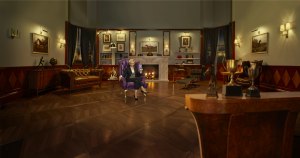 The new ad aims to associate CrownBet with a more premium experience in the wagering category.

The 45-second spot introduces the tagline “Better Way to Wager” and features Whelan, who has starred in hit shows such as Neighbours, comically spruiking the features of the CrownBet app.

“CrownBet is setting a new tone and standard in Australian betting and we are ultimately passionate about giving our customers a better way to wager," CrownBet CMO Ed Owen says.

"We hope this campaign will get the whole country excited about a more premium punting experience."

Prior to bringing on The Monkeys, AdNews understands CrownBet had been engaging with agencies on a project-by-project basis.

In June gambling app rival Sportsbet had its ''disgraceful" ad banned for promoting steroid use.