Howcroft: 'PwC will operate on a different level to ad agencies' 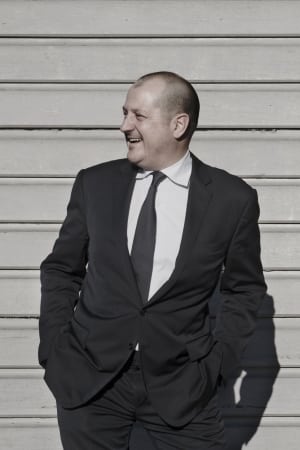 Russel Howcroft leaving Channel Ten to join PwC as chief creative officer will stir up the debate around the role consultancies play in the creative industry and whether they are encroaching on ad agencies' turf.

The Big Four – Deloitte, KPMG, PwC and EY – and major global consultancy Accenture have been buying up digital and creative agencies over the past few years as they look to bolster their creative and digital capabilities to add another string to their multibillion dollar consulting bows.

Locally, Accenture bought Melbourne digital shop Reactive two years ago and earlier this year got rid of the name as it was enveloped into Accenture International.

PwC alone is a $36 billion global firm and the threat a business of this magnitude poses to an Australian creative agency, whose pockets are unlikely to be anywhere near as deep, is understandable.

For Howcroft, former boss of Y&R before he went into TV, PwC's growing CMO Advisory service in which he will play a leading role is not so much a threat to the creative industry as a different offering.

"PwC has incredible resource and capability. In Australia it can do virtual reality in-house, it can build sophisticated [digital] platforms and has built the open innovation platform to connect government to business," Howcroft tells AdNews.

"They operate at an interesting level which I believe is exciting for the market, for business, and for CMOs."

Howcroft believes PwC's client base is the c-suite of Australian businesses and bringing a conversation about marketing, branding and advertising to the board table.

The vocal and passionate TV man has spent his time promoting the power of television and TV advertising as the best creative medium for building brands. His role as chair Think TV isn't changing for now.

However, in a consultancy position, an openness to all media channels will be essential as backing one channel simply won't cut it. Will Howcroft be able to focus beyond the lens of TV?

"Yes, I've been selling television, but I've also been the CEO of major advertising agencies and I'm not naive around other [media] levers that need to be pulled," he says.

"I've got the data to back up that [backing television] is the fair and reasonable position. The bigger picture is around marketing strategy and over and above, I've always believed in the power of creativity."

Acquisitions are definitely on the agenda to grow PwC's creative unit and Howcroft’s intimacy with the creative industry will mean his influence will be key, although he wouldn't be drawn on what shops might be appealing.

Howcroft starts with PwC in March.