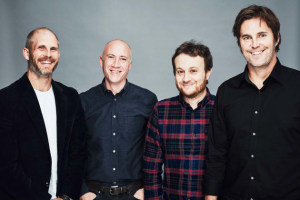 Ever since Accenture purchased The Monkeys in May the industry has been awash with speculation over the terms of the deal.

The Monkeys founders and shareholders have remained characteristically tight lipped about it, but the Australian Financial Review is today reporting the deal netted $63 million for the founders and major shareholders a “million dollar jackpot”.

The Monkeys CEO Mark Green declined to comment on the piece when contacted by AdNews.

Sources close to the matter suggest that some of the details in the piece are inaccurate while others are “close to the truth”.

In recent weeks sources close to the matter speculated to AdNews the deal was close to $52m, but nothing can be firmed up.

Green and co-founders Justin Drape and Scott Nowell have tended to run with the mantra “better well done than well said” about all aspects of the business, preferring good work from the agency to speak for itself. They appear to have taken the same approach to the Accenture deal.

An Accenture spokesperson also declined to comment and tells AdNews the company doesn’t comment on the specifics of transactions. She was unable to offer guidance whether the claims made by the AFR are accurate.