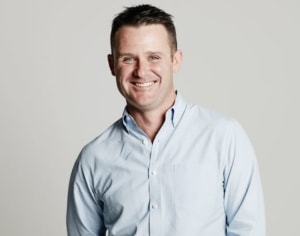 With Collective plans to open a Melbourne office this year and is eyeing Brisbane and Asian shops, AdNews can reveal.

“When we look at Melbourne, the feedback we are getting is that none of the agencies are delivering the data-driven persuasive creativity the way we deliver it... We sit somewhere in the space between creative and management consultancy.

“We don’t believe what we offer is well represented in that market. If we can help expand the Dentsu footprint with clients and get more use for their marketing spend, that’s exactly what we’ll do.”

Hind also plans to grow the Sydney office from its current staff of 70 to 100 by March next year.

Hind says there have been some misconceptions in market about what the “linking” between the two agencies means and the opportunity it presents.

“When we joined Dentsu Aegis Network in September last year, we came in as an agency of our own right aligned within Dentsu. Within the global group there is a wish at a local and global level that acquisitions to sit alongside one of the power brands, like Carat or Isobar, because that gives you the ability to draw on tools, resources and network infrastructure,” he says.

“Our natural home was really Isobar. When we look at their heritage and focus and we look at ours, there were a lot of similarities. [DAN AUNZ CEO] Simon Ryan requested that we fit somewhere within the group, but he left it up to us to decide.”

Despite the tie-up with Isobar, Hind is adamant the With Collective name isn’t being stamped out.

“We get the best of both worlds now with With Collective and Dentsu. The agency will remain for as far as I can see forward, beyond 5-10 years, possibly even further.”

With its heritage mostly in media, DAN has been on the acquisition path for more than two years, snapping up Soap and BWM in 2015 to build its creative capabilities. Before the acquisition, With Collective had some in-house media capabilities, but now it draws on the media agencies within Dentsu.

“The group has a big focus on one P&L. That means regardless of the agency, we are able to do the right thing by the client. When you have competitive agencies as part of a roster there is an inefficiency of 15-20%. If we could get rid of that, why wouldn’t we?” Hind says.

With Collective was independent for six years. Since it was founded in 2010 it has been largely recognised as a digital creative shop, specialising in CRM.

Joining DAN has allowed With Collective to expand its offering beyond CRM, also building on the creative momentum put into play when Steve Coll joined the agency in 2015.

“When you standalone, you tend to specialise in something because you can’t cover every emerging technology. Now, we can draw on 250 leading technical developers that allow us to answer every and any problem clients have,” he says.

“We are known at the pointier end for CRM and that’s still a huge focus for the agency today. As the agency evolved we recognised the need for greater levels of persuasiveness.

“The biggest investment in the last 18 months is when Steve Coll came on board as creative partner and that probably gave us more recognition for the work we are trying to do and stepped up our creative credentials.

“We recognise that customer is the new full service. Every agency should be a customer agency and manage everything from great retail and outdoor to digital and social.”