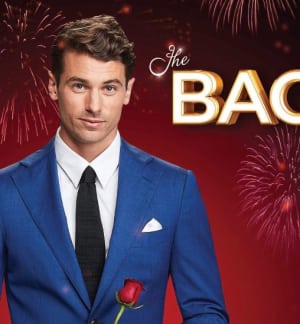 The Bachelor Australia will air in the prime time slot of 7.30pm on Wednesday 26 July on Ten and regionally the WIN Network.

In May last year Bruce Gordon's WIN inked a five-year affiliate agreement with Ten Network Holdings after its partnership with Nine expired.

The Bachelor is also on the night after (Thurs) and does not clash with Nine's ratings beast Ninja Warrior which ends next week. See: Seven adjusts TV plans as Nine's Ninja grips hard on ratings

Sponsors for Ten's reality show, which sees 22 Bachelorettes aged between 23 and 34 try and win over 'Matty J', have not yet been revealed.

Last season Wrigley’s Extra, MenuLog, U By Kotex, Rest Super and Lindt were confirmed brands backing the upcoming season of The Bachelor. Lindt's sponsorship status was taken to to the next level when a bath tub was filled with 300 litres of the chocolatey goodness. See: The best tweets about The Bachelor's Lindt chocolate bath.

It's thought Wrigley's Extra is likely to return.

Last year Network Ten director of revenue and client partnerships Rod Prosser told AdNews it was a record breaking year” in terms of sponsorship revenue. He said one of the “biggest shifts" was that advertisers and sponsors were being drawn to the show to use The Bachelor IP to monetise social media platforms.

Can it crack ratings?

In 2015 The Bachelor had record ratings, hitting a peak of 1.67 million for the finale starring Sam Wood and increasing its audience by 25% year-on-year.

In 2016 Richie Strahan pulled in 1.3 million metro viewers for the finale. It was the most watched show in the key demographics of 16-39, 18-49, 25-54. However Australia was at a loss and Twitter erupted with furore when it was clear Alex Nation had won instead of fan favourite Nikki Gogan.

When not being a national heart-throb, Johnson works at global brand consultancy The Projects. Prior to his account director role there he worked as and events and sponsorship manager for Peugeot.

Ten is now ramping up the promotion of the show, touting a “drama-filled cocktail party” as well as “drama, rivalries, adventures and romance”. As of today, with the right code (right) fans can also get their hands on an exclusive Bachelor filter, which has a one hour lifespan.

On 14 June Ten, Australia's third-placed TV network, entered voluntary administration after three of its biggest commercial backers shied away from providing ongoing support to the business.