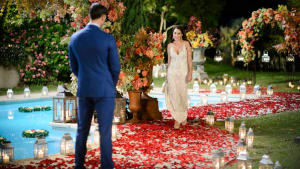 Ten's The Bachelor has picked up a record crowd for its final decision episode, with 1.48 million viewers tuning in to see Sam Wood declare his love to Snezana Markoski.

In addition, the first part of the finale episode saw 1.23 million viewers tuning in, making it the second and first most watched programs of the night, according to preliminary overnight OzTam figures.

Channel Ten said last night marked its biggest video viewing day on its Tenplay catch-up service since the offering was launched, with 1.33 million video views – beating the previous record by 11%. Ten said that 872,000 or 66% of those views were from The Bachelor.

“We are delighted for Sam and Snezana, and wish them all the very best for a wonderful future together,” McGarvey said.

“We are also very happy that so many Australians engaged with the show across television, online and social media.”
Last night's two-part finale was also number one and number two respectively across key demographics including people aged 25-54.

Viewers also took to social media with the #TheBachelorAU trending at number one nationally on Twitter last night and at number two worldwide. See our top ten Bachelor tweets here.

It wasn't the only reality show to rate well last night, with Seven's The X Factor coming in at 902,000 viewers as the seventh most watch show of the night. 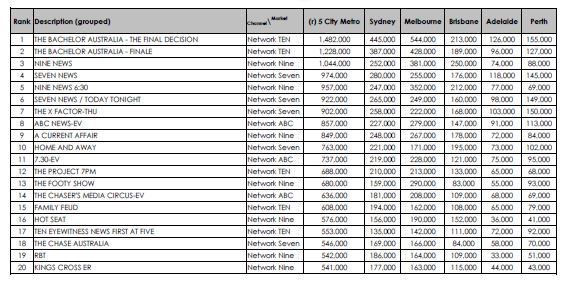