Murdoch and Gordon 'threatened to sue' prior to Ten administration 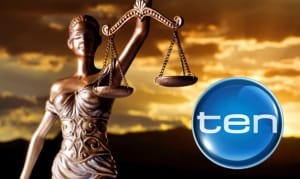 Lachlan Murdoch and Bruce Gordon threatened to sue Ten's directors just prior to the business being placed into administration, the Australian Financial Review's Chanticleer column has alleged.

The column also alleges that Ten's attempts to renegotiate a new content deal with the Murdoch-controlled 21st Century Fox stalled until one hour after Ten was placed into voluntary administration.

Yesterday, Ten said it was on track to increase earnings by $50 million in FY18 and $80 million by FY19 as well as save $34 million on license fee cuts over the same period, putting its balance sheet in a much stronger position to secure new financing. However, this was on the premise of 21st Century playing ball.

Check out AdNews full coverage of what happens next here.

If Ten failed to prevent a draw down on its current loan facility, “they will reserve their rights to pursue the statutory compensation rights they may have against you personally”, the letter is alleged to have stated.

Check out the full Chanticleer column.

Fort Street Advisers told AdNews it would not be commenting on any of the allegations or events leading up to Ten's administration.

AdNews was also told by Bruce Gordon's office that the WIN Corporation owner was overseas and could not be reached by the time this article was published.

Ten would not comment on the allegations and referred AdNews to its initial statement announcing it had entered into voluntary administration.

Within the statement there is a key paragraph that alludes to the legal letter.

The allegations add weight to industry speculation that Murdoch and Gordon are clearing the decks for a potential bid for Ten if media ownership laws are relaxed. This could be as soon as by the end of the year.

If Ten had secured a new 21st Century Fox deal prior to administration, it would have placed the business in a healthy position to secure refinancing on its loan facility.

Without a reworked content deal and the threat of litigation from two of its largest shareholders, Ten's directors were left with little choice.

Yesterday, Murdoch and Gordon entered into a joint venture that they said will help Ten pay off its debts and restructure the business.

They also formed a voting bloc by combining their two shareholdings to form a 22% stake in the business. This allows the pair to avoid breaching ASIC rules on takeover bids because no shares have been swapped or acquired. The pair have stressed the move is not a takeover bid.

The future of Ten's ownership is pending on the government's ability to push through media reforms that relax media ownership rules.

If this passes, bets will be off on who Ten's next owners are likely to be.