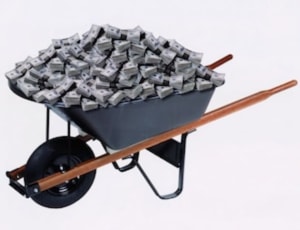 Lachlan Murdoch has told Ten he won't act as guarantor for a new loan facility.

Ten has called for a two-day stock market trading halt after two of its largest shareholders revealed they will not back a new loan facility.

This means Ten will need to negotiate a new loan facility without the support of billionaire shareholders Lachlan Murdoch and Bruce Gordon, who were guarantors of the current facility that expires in December.

Murdoch's investment firm Illyria has a 7.7% stake, Packer has around 7% and Gordon, through his private investment company Birketu, has a 15% shareholding. Packer has previously indicated he won't continue to back the business and has been trying to offload his share.

The trading halt is a temporary measure to buy Ten's board a couple of days to consider a response to the market.

Losing the support of Gordon and Murdoch is a blow as the network restructures and attempts to convince the market it's a viable business.

At the very least it increases the risk the network could be placed into voluntary administration or receivership as new funding sources must now be found to refinance the loan.

Murdoch and Gordon backing away could be interpreted as a sign they do not believe Ten's debt problems can be overcome, weighed down heavily by US content deal costs.

It's important to note that both are rumoured to be interested in Ten if it is put up for sale and media ownership laws are relaxed. See: Media reform: A package of compromise for the greater good.

Ten needs to secure a new $250 million loan facility ahead of a 23 December deadline when its current $200 million overdraft with Commonwealth Bank expires.

Financial advisers Moelis & Co are tasked with helping Ten replace the loan facility. Fairfax Media reports that they are confident of striking a deal with new parties.

At the heart of the problem is renegotiating content deals with US production houses CBS and 21st Century Fox that reportedly cost Ten $150 million a year.

These deals were negotiated at a time when US TV shows delivered much stronger ratings for commercial free-to-air networks, which were their major distribution channels alongside Foxtel.

Today, many consumers flock to SVODs Netflix and Stan for their US TV fix.

If Ten were to enter receivership, it would allow the network to dispose of these output deals and could pave the way for its guarantors to launch takeover bids if media reforms are passed that relax ownership laws.

News Corp is a joint-owner of pay TV network Foxtel, which has been working with Ten on TV shows and both use the same sales house Multi Channel Network.

For Gordon, combining metropolitan and regional TV assets and operations would help shore up both networks in a challenging advertising market.

Ten is undergoing a transformation program to help it better manage escalating costs. It warned the market to expect an EBITDA loss of $30 million for FY17. It has recently hired AANA boss Sunita Gloster as chief commercial and strategy officer.