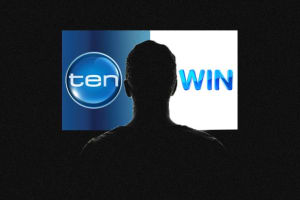 WIN Corporation has signed a five-year affiliate agreement with Ten Network Holdings in a deal that could cost the regional broadcaster an earnings hit in the short-term.

The Australian reports that WIN's current arrangement with Nine, due to expire at the end of June, has seen it gain a 38.4% share of the regional TV market compared to Ten affiliate Southern Cross' 19%. The other major regional broadcaster Prime, combined with Seven in regional Queensland, has a 43.5% share.

Nine has already formed an affiliate agreement with Southern Cross Media Group that will begin on 1 July.

WIN will be banking on continued improvement in Ten's ratings, which was led by a strong summer in which it earned 21.3% of the audience share, due partly to the success of the Big Bash League.

In this year's ratings season, the Nine Network has earned a 26.3% audience share to Ten's 18.1%, according to OzTAM figures.

WIN is still likely to lose regional audience share when it makes the switch to Ten on 1 July, despite having the strongest reach of the regional broadcasters. WIN broadcasts to over six million viewers across 23 markets around the country - more of regional Australia than any other free-to-air television network.

Helping offset fewer eyeballs will be a lower affiliate fee to the 50% WIN currently pays Nine. It is believed WIN will pay Ten a slightly higher affiliate fee than the one paid by Southern Cross Media Group, which was 34% of its revenue.

Bruce Gordon's WIN will be looking for strong ratings from Ten's established shows I'm A Celebrity, The Bachelor and Masterchef, newer concepts like the Bachelorette, The Great Australian Spelling Bee, Long Lost Family, and the soon to be launched shows Brock, The Wrong Girl and Australian Survivor, which will be hosted by Hollywood star Anthony LaPaglia.

Ten will also be showing some Formula One races that will likely resonate with motoring enthusiasts in the country.

Part of the deal includes special streaming rights for WIN to broadcast Ten content in southern NSW, Victoria, Queensland, Western Australia and Tasmania, another new element that was notably absent in the Nine deal and led to a court battle. Although WIN lost that, there is talk it plans to appeal.