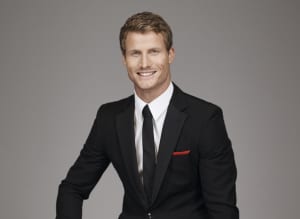 Richie Strahan won women’s hearts when he appeared on The Bachelorette last year and it seems his return to the TV screen as this year's Bachelor has struck a sweet spot with sponsors of the Channel Ten hit show.

Wrigley’s Extra, MenuLog, U By Kotex, Rest Super and Lindt are some of the confirmed brands that are backing the upcoming season of The Bachelor, which begins on 27 July. Wrigley’s was a core sponsor of last season’s show.

Network Ten director of revenue and client partnerships Rod Prosser tells AdNews the business is “maxed out” in terms of sponsorship, with Ten keeping the details of the last sponsor under lock and key.

"Richie is a nice, genuine bloke who is also well known and for a client that makes him a safe bet," he says.

An increase in sponsorship yield and strong demand from advertisers has contributed to what Prosser is calling a “record breaking year” in terms of revenue. While Ten doesn’t give out figures of its commercial revenue, he says the growth is in the “double digits”.

“The revenue uplift is a testament to The Bachelor brand and also the work of Ten’s commercial team's work with MCN,” Prosser says.

The Bachelor received 28.6 million Twitter impressions during last year's season. It reached an average of 1.3 million users weekly on Facebook and followers went up 217% on Instagram.

Prosser says Ten one of the “biggest shifts" this year is that advertisers and sponsors are being drawn to the show to use The Bachelor IP to monetise social media platforms.

“Sponsors have taken significant liking to The Bachelor IP outside the linear screen as well as being involved in the social media package and our digital offering. Our product doesn’t just sit on the linear screen,” Prosser says.

“The biggest shift for us is that we see the client demand of The Bachelor brand is getting a lot deeper than just the traditional integrations through TV and billboard. Sponsors want to immerse themselves to the social activity and it’s a wonderful way for us to monetise the conversations.”

Despite the push of sponsors into social, Prosser says TV is very much the backbone of The Bachelor’s commercial prosperity, and this is underpinned by strong ratings.

Last year, The Bachelor had record ratings, hitting a peak of 1.67 million for the finale starring Sam Wood and increasing its audience by 25% year-on-year. Its average audience hit just under a million (985,000) and was the number one show in its timeslot with the 25-54 demographic, under 55s and total people.

This season is expected to better last year’s ratings, with buzz around Richie's Bachie status already sparking water cooler discussions. Check out a couple of sneak peeks below: