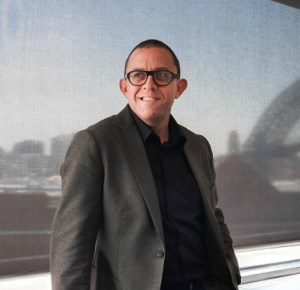 Dentsu Aegis Network CEO Henry Tajer has exited the holding group after less than a year in the role, with CFO Reg Davidson also leaving the business.

Tajer was appointed to the role in January this year, succeeding former boss Simon Ryan. Davidson had quietly taken on the CFO position six months ago, after the sudden exit of Anthea Kane.

DAN has struggled in 2019, primarily through its media agency division, with multiple high-profile account losses which have included including Super Retail Group, Virgin Australia, Asahi Beverages, the AFL and The Good Guys.

AdNews estimates that DAN's media division has lost over $300 million in annual revenue during the course of 2019.

Dentsu APAC CEO Ashish Bhasin says the company believed this is the "right decision" for the network and market.

"Australia & New Zealand are important markets and have a critical role in our global business strategy. In 2019 our business in Australia continued to be impacted by local market and business challenges and I would like to thank Henry and Reg for their support during a difficult period," Bhasin says.

Effective immediately, Angela Tangas will take over as CEO and Jerome Whelan as CFO, who Dentsu claim will be "instrumental in leading the business through its next phase of growth and into a successful 2020".

In August, Tangas was promoted to the role of chief commercial officer for ANZ, responsible for a new offering, Dentsu Solutions.

According to Dentsu, to help the market return to growth, the ANZ Leadership team have created a blueprint to enable "much-needed transformation", which they believe will leave the business with "stronger foundations" and a more competitive local business model.

Earlier this year it was also revealed Amplifi's media and investment teams would be reintegrated back into DAN's core media agency brands; Carat, Vizeum and Dentsu X.

Other appointments made by Tajer during his time included Sue Squillace as Carat CEO, the promotion of Ashley Earnshaw as CEO of Vizeum and Daniel Isaac to lead Dentsu X.

This month, Dentsu also revealed a global shift to a pure holding company structure on January 1, 2020. This had been reported heavily throughout the year, with Dentsu stating that all other businesses trading under variants of the company name, such as Dentsu Aegis Network, will now fall under the Dentsu name.

The news was revealed in conjunction with its Q3 results for FY19, in which the company reported total growth of revenue less cost of sales of 3.3% (constant currency basis) and organic growth of -1.0%.

In the third quarter, the business faced the "toughest comparables of the year" and organic growth was impacted by further declines in APAC, attributed to the Australian and Chinese markets.

The company stated "there are no green shoots of recovery in either market", both of which continue to severely impact the regional and group performance.