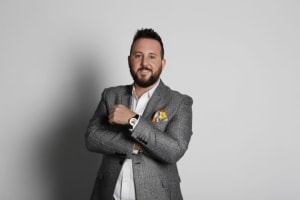 DAN confirmed that Williams would be exiting the business as part of its ongoing restructuring throughout the group.

Industry sources told AdNews that up to ten more members of the holding group's leadership team, across multiple agencies, would also be impacted by the changes.

The national MD role had come under immediate scrutiny following the news that outgoing Spark Foundry boss Sue Squillace would be taking over as CEO of Carat.

AdNews understood at the time that Williams would remain in his current role, assisting Squillace with her transition into the CEO position up until she joined in November, with Williams likely to move back into a broader role within the group.

Prior to national MD, he had held the role of chief client solutions officer within the wider DAN business, leading pitching and was responsible for the retention of key DAN accounts, including Disney, during his time with the business.

Being brought in to "steady the ship", Williams joined at a difficult time for the business, as Carat lost multiple key clients including Super Retail Group, Virgin Australia, Asahi Beverages and Bega.

While the agency has seen success in both Perth and Adelaide, retaining Cash Converters in WA, while being appointed to the SA Government's media panel.

Tajer previously told staff that the business "needed to take a good look at how it organises itself", adding that having "vibrant media agencies" was critical to the holding group's success.

As part of these organisational changes, it was revealed earlier this year that Amplifi would cease to exist, as the company looked to merge the business back into its three core agencies; Carat, Vizeum and Dentsu X.