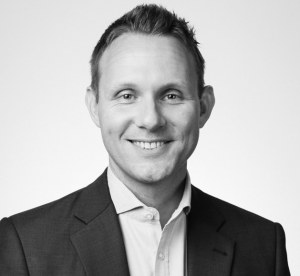 Earnshaw had most recently been chief investment officer with the holding group's investment arm Amplifi.

He takes over as leader from Stephen Deane, who exited the business earlier this year to join Harcourts as its CMO.

It was revealed earlier this year that Amplifi would cease to exist, as the company looked to merge the business back into its three core agencies; Carat, Vizeum and Dentsu X.

Despite the departure of senior members of the team such as Adrian Roeling and Alex Pekish, sources told AdNews at the time that Earnshaw would not be impacted by the changes.

"I look forward to supporting the team and to drive deeper integration within the Network, while evolving our offering to further accelerate our clients’ growth," Earnshaw says.

"It’s a fascinating time in the industry, with an accelerated pace of change and navigating this for clients represents a superb opportunity.”

Reporting to Henry Tajer, CEO DAN Australia and New Zealand, Earnshaw will represent Vizeum on the DAN ANZ Board.

“Ash is a highly-skilled media professional. He has a great depth of experience across multiple categories, working with many blue-chip advertisers across his career. We are looking forward to seeing Ash leading Vizeum into its next phase of growth.”

It has been a difficult year for the holding group's media division, losing major accounts including Super Retail Group, Virgin Australia, Asahi Beverages, the AFL and The Good Guys. Medibank also remains out to pitch.