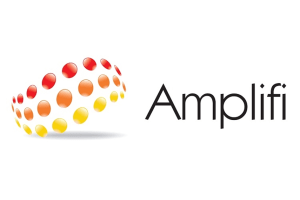 Dentsu Aegis Network (DAN) has informed staff it will reintegrate its specialised media investment arm Amplifi back into each of its core media agencies, AdNews can reveal.

The business was launched in 2014 with now Admatic national MD Matthew Crook at the helm, as DAN looked to bring the entire investment side of the business under one roof.

In an email obtained by AdNews, new DAN ANZ CEO Henry Tajer told staff that the business "needed to take a good look at how it organises itself", adding that having "vibrant media agencies" was critical to the holding group's success.

He added that the decision to reintegrate Amplifi was based on "recent account losses and general business performance".

"It is for this reason that we have decided to re-integrate Amplifi back into each media brand. This is clearly necessary to deliver for our clients properly and rebuild the right levels of accountability and ownership across each part of the media process," Tajer says.

"We are responsible for the success of our business and this can only be achieved by greater integrations and deeper client focus, we want to make sure we are set up to succeed."

Amplifi president Adrian Roeling recently exited the business during a wave of executive redundancies last week. Roeling was promoted out of then Dentsu Mitchell (now Dentsu X) to the role of president for the holding group's dedicated media investment arm back in 2017.

The business is also led by current chief investment officer Ashley Earnshaw, who joined the business in the same year as Roeling from Carat, where he'd held a similar role.

AdNews has approach DAN for comment, with sources claiming further redundancies are expected as part of the reintegration plan.

The reintegration of the business mirrors decisions by DAN in other markets, including APAC, which in January this year revealed it would be merging its agencies into three key sectors.

Amplifi and iProspect were brought into the media group sector, with Carat, Dentsu X and Vizeum. Former Carat APAC CEO Jonathan Chadwick was set to lead the sector but exited in March, returning to Australia.