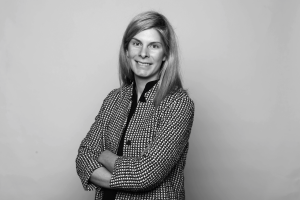 The appointment sees Tangas take responsibility for a newly created offering, Dentsu Solutions, that will support the way DAN delivers its capabilities to help clients.

Tangas says clients are increasingly relying on partnerships they can trust to recommend and deliver solutions that meet both the challenges of "today and the opportunities of tomorrow", adding she looked forward to continuing to shape DAN as the "agency partner of the future".

She steps into the new position after being named executive director of business operations in January this year, where she has been instrumental in "embedding a culture of client-centricity" and a continuous focus on "driving value" for clients across the consumer journey.

“Angela joined the business just over a year ago and, in my time here, has been tenacious in her pursuit to optimise our capabilities, strengthen our offering and make us more competitive in market," DAN ANZ CEO Henry Tajer says.

“Angela is a highly talented, client centric thinker with highly relevant experience on the client side. As we reorganise ourselves as a Group, I know that we’ll continue to benefit from her expertise and energy.”

Tangas had also had a stint as the national managing director of DAN media agency Dentsu X but exited to role after less than 12 months in the role. The role was filled by former Carat chief client officer Sam Hegg.

Her appointment follows continued structural changes to the holding group since the appointment of Tajer earlier this year.

While there have been appointments such as Bass, Earnshaw and recently named Carat CEO Sue Squillace, the business has also seen executives including Simon James-Williams, Adrian Roeling, Alex Pekish, Nick Seckold and Luke Manley depart as part of the restructure.