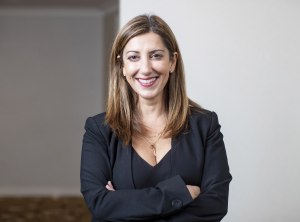 Squillace joins Carat from Spark Foundry where she has held several leadership roles – most recently as CEO since 2017.

She will report to Henry Tajer, CEO Dentsu Aegis Network (DAN) ANZ, and represent Carat on the DAN ANZ Board. Squillace will commence in September 2019.

Squillace's appointment marks the return of the CEO role at the agency, which was previously held by current Nine Sydney sales director Paul Brooks, who exited the agency in September last year.

AdNews understands that current national MD of Carat, Simon James-Williams, will remain in his current role, assisting Squillace with her transition into the CEO role.

In an email obtained by AdNews, Tajer welcomed Squillace to the business, adding that her appointment as a "coup" for the business as it continues "to move through an important period of change".

"Sue is a fantastic person. I can’t wait to see her make her impact at Carat and DAN. I am really excited to be working with her again," Tajer added further in a statement.

"This is an important appointment for not only Carat but the wider Network. Sue’s credibility and commitment to putting people at the centre of everything, makes her the ideal person to propel Carat into the future.”

Squillace had most recently been driving the merger between both Spark Foundry and Blue 449 in Australia, which saw the Blue 449 name retired.

Since launching, Spark Foundry has won media accounts including the Cancer Council NSW and PPG Industries.

“I am excited to lead the team at Carat and join Dentsu Aegis Network at such a critical and exciting time. I look forward to getting to know and working together with the team, clients and partners on the next stage of the Carat journey," Squillace says.

“I would also like to thank Publicis Groupe for the many opportunities over the last ten years, in particular the opportunity to launch and build a new agency. I wish all my friends at Spark Foundry continued success.”

Over the last 12 months Carat has undergone a raft of significant account losses including major clients including the $40m Super Retail Group account, Asahi Beverages, Virgin Australia and Bega.

Other media accounts including David Jones and Medibank are still under review.

The future of the national MD role remains unclear, with the current structure sharing similarities to the appointment of former Vizeum national MD Travis Day, while the agency was being led by founding MD Nick Behr.

At the time DAN told AdNews Behr's role would remain unchanged, however, the former agency boss left shortly after to launch his own indie shop Kaimera.

“We would like to thank Sue for her leadership and commitment to the business, having dedicated more than a decade of her career at the company. We wish Sue the absolute best that life has to offer as she embarks on her next journey," Publicis Media ANZ chairman John Preston told AdNews.