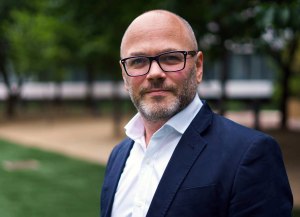 Isaac joins from Omnicom’s integrated offering for Nissan and Renault, United, where he has been managing director since 2017.

He has over 25 years’ business and strategic communications experience, also holding roles with PHD and IPG Mediabrands in Australia.

“Daniel is an integrated thinker, and widely regarded for his entrepreneurial, creative and collaborative mindset. We are looking forward to him joining the Group and leading the Dentsu X team and clients through this exciting time," DAN ANZ CEO Henry Tajer says.

As executive director of strategy, Hegg will help to define the new offering as it supports the way DAN delivers its capabilities for clients.

“I’m delighted to be joining the team at Dentsu X at such a pivotal time for the brand and the Group. There’s so much opportunity to do even more great work with current clients, and I’m excited to help reset expectations of what we can deliver to our future client partners as well," Isaac says.

Isaac's appointment follows continued structural changes to the holding group since the appointment of Tajer.

While there have been appointments such as Bass, Earnshaw and recently named Carat CEO Sue Squillace, the business has also seen executives including Simon James-Williams, Adrian Roeling, Alex Pekish, Nick Seckold and Luke Manley depart as part of the restructure.