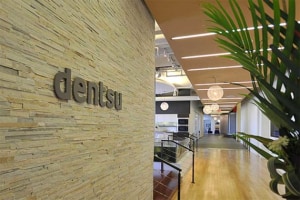 Dentsu Aegis Network (DAN) ANZ has made three members of its executive leadership team redundant, as the business continues its restructure under new CEO Henry Tajer.

Roeling was promoted out of then Dentsu Mitchell (now Dentsu X) to the role of president for the holding group's dedicated media investment arm back in 2017.

Seckhold had been the most recent hire, joining the DAN-owned performance agency in December last year, when he moved from Facebook in Singapore, after being regional director of marketing science APAC.

Hewett, who had lead the external communications function for the entire holding group, joined from Coca-Cola Amatil in 2016, after holding a similar role in the business.

The news of their exits comes at a time of change within the holding group, while also continuing the run of key executives exiting the business, which has included the likes of DAN CEO Simon Ryan, Carat CEO Paul Brooks, Vizeum MD Travis Day and Carat CMO Andrea Rule.

Sources close to AdNews have indicated that further redundancies within DAN will continue over the coming months, as Tajer continues to drive a "transformative strategy".

DAN's key media agencies have also be subject to significant account loses over the past 12 months.

During that time Carat has seen some success in both Perth and Adelaide, retaining Cash Converters in WA, while being appointed to the SA Government's media panel.