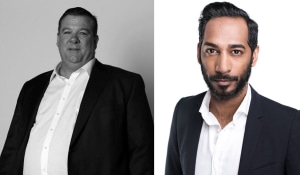 Long-standing Dentsu Aegis Network (DAN) executives Nick Swifte and Indy Khabra have exited the business as the holding group undergoes its latest round of redundancies.

Swifte had been leading DAN government solutions division, which was launched last year to service its federal, state and local government clients nationally.

The division was launched with the intention of generating and servicing opportunities outside the scope of Master Agency Media Services (MAMS) agreements, of which Dentsu X lost last year to IPG Mediabrands agency UM.

AdNews understands the future of the government solutions division is under review. At the time of its launch, many in the industry questioned the decision considering the loss of the network's major piece of government business.

Swifte had been one of the longest serving executives at DAN, with over 20 years with the holding group. During his time, he held roles such as Victorian investment director, national trading and investment director for then Dentsu Mitchell and head of investment for Dentsu X.

Khabra had been with the business since 2014, leading programmatic buying and media solutions business Amnet as managing director for Australia and New Zealand.

Prior to his role as MD, Khabra also held roles at Amnet including general manager and client relationship director.

He moved to Australia as global GM of an independent trading desk managing remote offices in San Francisco, Buenos Aires, Singapore and Sydney before moving to agency land.

A DAN spokesperson has confirmed the departures to AdNews.

Sources state Swifte and Khabra are part of a larger range of redundancies which is believed to have impacted 15-20 employees.

This latest round of redundancies follows the news from earlier this month that Amplifi head of programmatic Luke Manley had also been made redundant as the restructuring of Amplifi continues.

While not associated with the recent redundancies, DAN CFO Anthea Kane and Isobar CEO Konrad Spilva have also departed the business in recent months. Most recently, DAN promoted Erik Hallander to CEO of Isobar Australia.

It has been a difficult year for the holding group's media division, losing major accounts including Super Retail Group, Virgin Australia, Asahi Beverages, the AFL and The Good Guys.