Aussies take 71 Lions in total – ranking fourth in the world 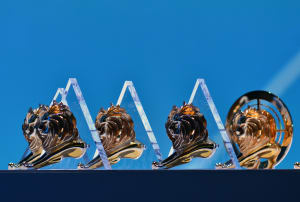 Australia has taken out 71 Lions this year at Cannes, including the main creativity awards as well as the Innovation and Entertainment Lions and Health Lions, which makes us the fourth most awarded country following the US, UK and Brazil.

Media and Promo and Activation were the strongest showing with 10 Lions in each category. The numbers come from the official Cannes Lions Stats as of 9am 27 June. Other stats have been reported using the unofficial Cannes Meow app that was running during the festival show Australia as seventh overall – but these numbers don't appear to be accurate.

None of our Young Lions teams made the finalists on the ground.

Here's where we won our metal – you can click each one to read the story about the winning work and what the judges said.

New Zealand placed sixth overall with 57 Lions with McWhopper and Brewtroleum big winners. A total of 1360 Lions were handed out overall.

Here's some of the Lions Festival of Creativity content from AdNews over the last week. We'll also be including a wrap-up of the festival in our next print edition – out 8 July.

You can also watch our Sponsored Video Series with MCN to see the daily panel debates from the South of France.

In addition to the news element we also had these industry opinions: