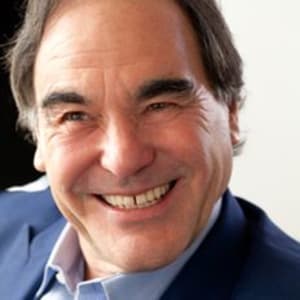 Director Oliver Stone didn’t mince words during his appearance at the Cannes Lions, taking aim at politics and tech giants alike, but he also gave an insight into the way he crafts a story.

Stone appeared to speak about his upcoming movie Snowden based on the story of whistleblower Edward Snowdon, which he says aimed to move away from the politics surrounding the former CIA employee and “just tell the story”.

Asked by moderator Caspar Llewellyn Smith, The Guardian’s arts and culture editor, about the tension of making a dramatic film, but with the aim not to politicise or dramatise the person it is based on, Stone said his role as a storyteller is not to take sides.

“I’m a dramatist on the matter; I try to show the story without being involved and I did the best I could by using the most information I could,” Stone says. “This is a drama, this is a story. You walk in somebody’s footsteps, the same way I felt I allowed for Nixon or Bush in the movies about them to feel what they’re feeling. I think that’s very important.”

What he did take sides on during the session was “the surveillance state” noting that the frontrunners in the US presidential nominations Donald Trump and Hillary Clinton have both failed to address or mention the topic in debates.

Stone also took aim at Microsoft, Facebook and Google for their roles in collaborating with the US government in the Snowden saga, calling it a “form of fascism”.

In his career Stone has made numerous movies about controversial topics or figures, but said he never set out to be that type of filmmaker. Instead, it was a by-product of being a storyteller.

“I’ve never walked away from my movie and said ‘it’s just a movie’ - I hate that. If you make a movie, be responsible for it, it’s got your soul in it. You’ve put yourself out there for years and years and years. You might as well go out and take responsibility.”