Unilever: The future of marketing is individuals, influencers and impact 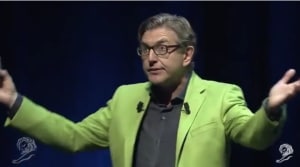 Unilever’s CMO Keith Weed boiled the future of successful marketing down to an equation with just three parts - individuals (and personalisation), influencers and impact – by which he means brands making a difference.

He started his annual Cannes Lions talk by outlining the importance of marketing’s increasing ability to hyper target messages on an individual level and the shift towards personalisation.

“I’ve talked a lot about marketing TO people, and marketing FOR people – but now we can market to a single person. We’ve gone from mass marketing to massive customisation – so i to the power of n - as far as an individual is concerned when it comes to marketing its about engaging with individuals, and those individual purchases that are made by people around the world. So as a mass marketer Unilever is used to targeting marketing at a mass of people, but we want to build relationships with a billion [individual] people around the world.”

He talked about how Unilever is starting to use dynamic creative to automate the creation of ads so that the content – not only the media – is targeted.

He used the example of its 2015 Lynx/Axe campaign in Brazil which was abed around the Romeo Reboot movie. It used technology to craft 100,000 different versions of an ad, which targeted people and served versions of the creative based on their online behaviours and habits.

“If we can target our media better [with programmatic] – why can’t we target our creative better? It’s in early stages and I know many brands are trying it around the world. But with this we managed to get 170% increased attention - surprise surprise, if you show people content they are interested in they watch it for longer,” he said.

Within that framework, he described the CMOs role as changing from ‘macro’ to ‘micro’.

“I believe the CMO needs to be the chief micro officer – but you need to do both. On one side we need to do things on a global basis at scale, but also engage locally, in real time and in the language.”

Weed also outlined the importance of influencers to marketing in the future – and leverage the influence that ‘power users’ and brand advocates have, citing a piece of research Unilever did with Twitter which found purchase intent increases 5.2 times when brands use influencers to drive the message.

When it comes to impact, Weed and Unilever, is a big proponent of brands having a purpose and talked about brands campaigning for social issues and used Ben & Jerrys as an example of a brand which takes a stand on things in culture such as marriage equality. He claims that Unilever’s brands that have a purpose at the core of their marketing grow 30 times faster than others.

But he also talked about impact by outlining Unilever’s ambition to better represent women more broadly in advertising and the responsibility of advertisers to offer a representative reflection of women. Earlier today the company revealed #unStereotype – a global initiative to overhaul the way it depicts women in ads. AdNews spoke to Aline Santos, VP of global marketing about it earlier this week in Cannes. You can read more about it here.