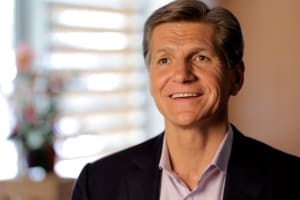 Brands are diving into content in order to win the “always on” race, but Procter & Gamble’s global branding officer Marc Pritchard told an audience at Cannes the consumer goods company decided to pull back on “adding to the noise” and close the “content crap trap”.

By that, Pritchard means going back to producing “advertising” instead of “content”.

“Tech brings some awesome guests to our party… and some really bad advertising,” says Pritchard. “It’s no wonder people are skipping our ads. The people we serve are voting with their fingertips.”

“[The word] ‘advertising’ has a terrible reputation which is why we’ve been trying to rename it ‘content’.”

But that "content", according to Pritchard, is a “crap trap” of ineffective work created in the manic rush to produce content in real time.

Pritchard says that in the midst of this push, P&G stepped back and looked at the work the company was producing as a result of the digital age.

“We were producing thousands of new ads a year,” he says. “I guess we thought the best way to cut through clutter is to produce more.

“As the world is getting louder and more complex we were just adding to the noise, so we decided to stop.”

Instead, P&G is getting back to creativity when it comes to its marketing by focusing on a creative canvas to tell a brand story, viewing advertising as a “craft” and “embracing creativity as the uniquely human endeavour it is”.

“What we’re doing at P&G with our partners is raising the bar on creativity”, he says.

The results of this refocus has been work including Always' ‘Like a Girl’ campaign, which picked up a spate of awards at Cannes last year. The campaign's second iteration, which focused on female representation in emojis, pushed Facebook and Google to create more diverse emojis for their platforms.

Pritchard says the result of ditching “content” for “advertising” has been significant across its portfolio of brands.

“We’re now seeing a broader range of some of our best finest and highest quality creative work,” he adds.