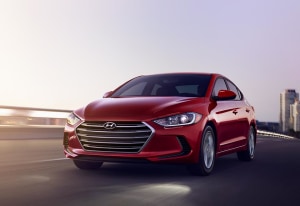 The Omnicom Media Group agency beat incumbent Initiative and Havas to the $51 million account, in a pitch process managed by Innocean Australia.

For m2m, Hyundai becomes one of the largest accounts in a client book that includes Sony Pictures, Hoyts and more.

Initiative won the business ten years ago from MediaCom and wished Hyundai the best of luck.

A spokesperson told AdNews: “We've told our people we are no longer involved in the Hyundai pitch and we wish Hyundai the best of luck after a highly successful 10-year partnership.”

M2m declined AdNews requests to comment on the move, while Innocean Australia was unable to respond to requests for comment prior to publication.

This year, and in particular the past few months, has seen a flurry of media review activity after a relatively quiet 2017.

The media accounts of Mercedes, Ford, GlaxoSmithKline, Nestle, Mars, Revlon, Shell and Football Federation Australia are all currently under review.

Hyundai is the latest in a spate of account review conclusions, including Microsoft, Belong, Jaguar Land Rover, The Warehouse Group, NIB and the Federal Government.