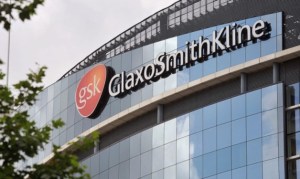 GlaxoSmithKline (GSK) has launched a global media review that includes its media agency relationships in Australia, AdNews can confirm.

The pharma and consumer healthcare giant confirmed the global review to AdNews this afternoon.

“GSK periodically reviews its media buying arrangements to ensure they are continuing to deliver the best value to the business,” a spokesperson said.

PHD won the business from Maxus in this market in a 2015 global review. MediaCom handles parts of GSK's media buying and planning business in other markets.

GSK - the maker of Panadol, Sensodyne and Voltaren - spent $33.9 million on media in Australia in 2017, according to Nielsen.

Last fiscal year the global business reported it spent $2.4 billion on advertising, which was a marginal increase on the $2.27 billion it spent in the  2016 fiscal year. Global sales reached $54.4 billion in the 2017 fiscal year.

However, the business also noted in its most recent annual report that it has curbed costs in its consumer healthcare division, where the bulk of its public media budget is spent.

The cost cutting measures included a focus on power brands, such as those mentioned above, and some tightening of marketing budgets in parts of its consumer health division.

Globally, the business reported its marketing and sales headcount has reduced by 2% in the past fiscal year and by about 17% over the past five years.

Last year, the business revealed it would axe 130 'non-core' brands and overhaul its prescription drugs business.

GSK has recently installed new readership in Australia. Its former US CMO Theresa Agnew took the reins of the Australian and NZ operation, succeeding Elizabeth Reynolds, who had been on 'extended personal leave'.