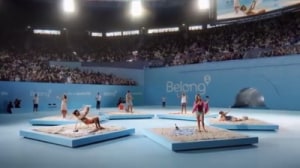 The account has estimated annual billings of between $25 million and $30 million and the brand recently expanded into the mobile phone sector. OMD is also the media agency of parent company Telstra.

“Belong has recently undertaken a review of its media agency arrangements and has appointed OMD as its media agency, under a new agreement that took effect from 1 May 2018,” a Telstra spokesperson told AdNews.

“Our team look forward to working with OMD and drawing on their strategic expertise as we embark on our next stage of growth.”

Although owned by Telstra, Belong operates independently as a challenger brand, and last year handed its creative to fellow Omnicom agency Clemenger Melbourne.

Omnicom Media Group recently picked up the media account of NZ's largest retailer The Warehouse Group and earlier this year picked up Nissan in a global realignment.