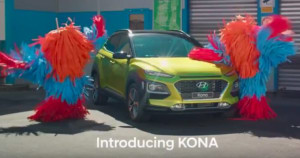 Update: AdNews has received a more accurate annual media spend of $50.7 million from Nielsen. The initial report cited an estimate of $30 million.

Hyundai has launched a review of its media buying and planning arrangements, placing incumbent Initiative on notice, AdNews can reveal.

The Korean car giant is estimated to spend about $50.7 million on media each year and is a large sponsor of sport, in particular football, where It is a naming rights sponsor of the A-League, backs the Matildas and Socceroos, as well as AFL clubs, Carlton and Brisbane Lions.

The business is likely to attract media agencies that do not have a major automotive client. This would rule out agencies at Dentsu Aegis Network, OMD, PHD, Zenith, Starcom and Wavemaker.

The group moved to Initiative from MediaCom ten years ago. Last year, Kia Motors, the other major part of the Hyundai Motor Group, left Initiative to join Havas following a competitive pitch in what was a major new business win for Havas. Initiative declined to defend that business.

Both Initiative and Hyundai declined AdNews’ requests for comment on the current pitch, but other sources have confirmed the review is in play.

In 2016, Hyundai sold the sixth most cars with more than 4.1 million units sold globally.

In the US, Innocean entered a joint venture with independent Horizon to set up standalone media agency Canvas Worldwide, which manages both Kia and Hyundai (annual billings of nearly US$700 million) in that market.

Hyundai is a major sponsor of football in Australia.