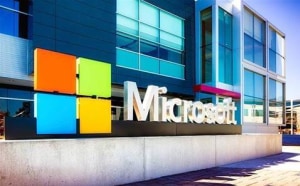 In Australia, Microsoft is estimated to spend between $40 million to $60 million in media each year. Globally, the tech giant spends about US$1.5 billion on media.

AdNews understands all holding groups except Omnicom, which has Apple as a client, pitched for the tech company.

IPG Mediabrands’ UM, GroupM’s Wavemaker and Publicis Media’s Starcom are believed to have competed for the business against a Dentsu team led by Carat.

Microsoft has reduced its global media spend by about 20% in the past three years.

It consolidated its global advertising with IPG (creative) and Dentsu (media) in 2014. Previously, the global account was split between UM and Mediavest across the world.

Carat, which declined to comment on the retention, picked up Beacon Lighting earlier this year.