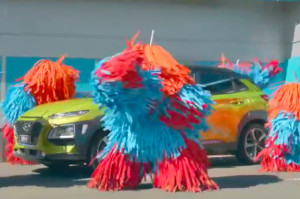 Three media agencies are still in the running for the $50 million Hyundai media account, AdNews understands.

The review is at an advanced stage and between the incumbent Initiative, Omnicom’s M2M and Havas.

The latter picked up Kia Motors – a part of the Hyundai Motor Group – last year in what was a major win for Havas.

The review is being handled by Innocean, an advertising agency that was set up by the Korean car maker to handle its creative globally.

The Korean car giant is estimated to spend about $50.7 million on media each year and is a large sponsor of sport, in particular football, where It is a naming rights sponsor of the A-League, backs the Matildas and Socceroos, as well as AFL clubs, Carlton and Brisbane Lions.

The account moved to Initiative from MediaCom ten years ago.