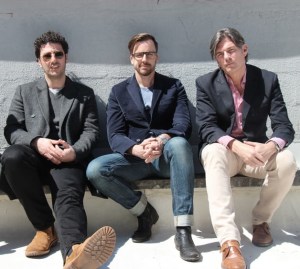 Mandie van der Merwe and Avish Gordhan take the helm as creative directors of the Sydney office, promoted from their positions of senior art director and senior copywriter.

Martin and Schreiber were the original founding partners of the Sydney office, returning from their post at Johannes Leonardo in New York to launch the agency in 2015.

They replace Matt Burton and Dave Bowman who left Special Group in April to join Google.

The mass exodus at Cummins&Partners has led to the return of Sean Cummins to his hometown of Melbourne after a three year stint in New York.

On the appointment, Cummins says the creative scene has been "a bit one note" for too long and says the new hires represents where Cummins&Partners wants to be as an agency.

"There is a bigger and more diverse world that exists beyond the watering holes of Sydney’s adland. There has been recent excitement about agency sell-outs…but the true shift in advertising doesn’t happen because a consultancy buys a hot shop. It happens person-by-person, brief-by-brief, day-by-day. Avish and Mandie are exquisite thinkers, insightful outsiders and real people,” he says.

Gordhan says: “Upon hearing of our promotion, Mandie patted me on the back then said, “now, let’s get back to work.” It sums up our approach to the role. It’s a great honour to be recognised but the real reward is not the position itself. It’ll be succeeding in it by making excellent work that works for our clients, and challenges our industry.”

Special Group CEO Lindsey Evans says the hire continues the momentum for the agency, recently winning the creative for Uber.

“Our global search led us to the perfect partners just around the corner,” Evans says. "Their experience, ambition and shared values are second to none and there is perfect alignment in approach to creativity, culture and commerce. Tom and Jules are creative problem solvers in the truest sense”.

What's going on at Cummins&Partners?

After a string of high profile departures, questions are being asked about what’s going on at Cummins&Partners.

The Sydney office has a tough start to the year losing its biggest client in Vodafone. The shake-up come only a few months after the departure of managing director Rebecca Bezzina, which led to rumours circulating the Sydney office would close.

Cummins&Partners refuted the rumours and hired JWT Shanghai managing director Dan Ingall. Since then, the agency seemed to have righted itself and was gaining momentum, landing creative work for HBF, University of Tasmania, Podravka Foods and taking a stake in fintech start-up Lodex.

While the agency has already filled the Tom and Jules shaped hole, the new creative duo promoted through the ranks will have big shoes to fill.

Likewise in Melbourne, with Couzens, Ingram and Ferrier are big personalities to replace. Tom Ward has already stepped into Ferrier's previous position of chief strategy officer but the ECD roles have not been filled, with Cummins overseeing the creative side of the business for now.

Since their departure Cummins&Partners Melbourne has landed three sizeable accounts in McCain, T2 and Heinz.