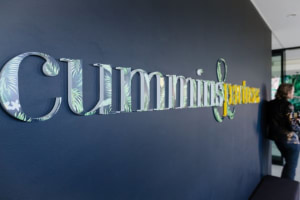 Despite rumours, Cummins&Partners will not close its Sydney office despite losing the Vodafone account in late December last year, it has confirmed to AdNews. The agency has backed its Sydney shop and announced a replacement for former MD Rebecca Bezinna who left last year to return to R/GA.

Former JWT Shanghai MD Dan Ingall is now running the Sydney agency and has been in the role since August. Prior to that he was at JWT for seven years, working across clients including Nokia, Microsoft and Cadbury.

The agency opened its Sydney office off the back of winning the Vodafone account in 2014. The account is now up for pitch and Cummins&Partners decided not to repitch, in mutual aggreement with the client. Following that news, and the departure of former Sydney MD Bezzina last year, speculation in the market was mounting the Sydney office would close.

Many in the industry had since speculated whether the office would continue without its founding client, but the agency has said closing was never on the cards. It's also unlikely that the agency would decline to pitch for business that it knew would mean the closure of its office.

"We're really positive about the opportunities in Sydney. We've always been about entrepreneurial ventures, whether that be in our creative:media model or in expanding with new offices. We are very committed," says Jeffares.

"We’re thrilled to have Dan join our Sydney business at such a critical stage of its growth. Dan has the sharp business acumen, international lense and entrepreneurial drive to really help shape the agency."

Ingall says: “Stepping back into Australia, after being away for so long, it wasn’t a hard decision to join C&P Sydney. They’re nimble, independent, fresh thinkers and they don’t have all the shackles of globally networked agencies. Although still new to Sydney after great success in Melbourne, they are already making waves in the market with their recent work.”
“Just by looking at his impressive global experience and work, even before we met Dan, we knew he’d be a great fit for the agency,” adds Martin. “Turns out on top of that he’s a great guy with a sharp dry wit as well. We also reckon he looks a bit like Hugh Jackman, but shorter.”

Vodafone is renowned for shaking up its creative and media agencies, recently moving its media buying from Bohemia to GroupM media unit Team Red as part of a global realignment.

Jeffares declined to comment on future redundancies saying it's "business as usual" until the agency finishes up its work on the Vodafone account.

Cummins&Partners only held the creative account for two years. Before that the account was with Ogilvy for less than three years.