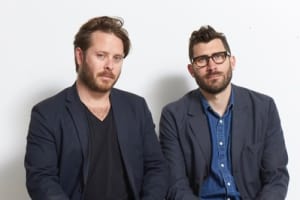 The pair will be leading the Google Zoo operation, its in-house creative and technology team, throughout the Asia Pacific region.

Burton and Bowman will remain vested in the Special Group business, maintaining a shareholding in the company. A global search is currently underway for their replacements.

The top creatives have been with the agency since it launched in Australia three years ago, following its success in the New Zealand market.

Prior to the Special Group, the duo were creative directors at TBWA for nearly five years, but left for a stake in the start-up alongside CEO Lindsey Evans and MD Cade Heyde.

Lindsey Evans CEO and founding partner says she is "gutted" to see them go.

“Matty and Dave joined Special Group Australia just six months after launch and in less than three years have helped build a truly modern culture with killer talent, an enviable group of client partners and an offering that has seen our business gain five Agency of the Year awards," she says.

Both Burton and Bowman agree they couldn't turn down the opportunity to work at Google.

"Our first three years in market have seen the company grow into an amazing group of talented, creative and passionate people whose drive and hunger has seen them really start to make a dent in our part of the world," Bowman says.

"But, when we were presented with the unique opportunity to work at Google, knowing we could collaborate with agencies across the region, it was simply impossible to refuse.”

Last year, Special Group was named AdNews Emerging Agency of the Year. In its first three years, Special Group had led the revival of Aussie Home Loans, and picked up work for AccorHotels, R.M Williams and Petbarn.