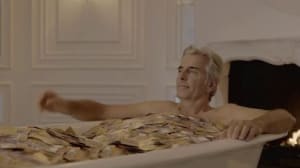 Lodex aims to flip the financial services industry on its head by shifting the negotiating power to the consumer and giving
financial service providers the chance to interact with potential customers.

Cummins&Partners is kicking off the pre-launch of Lodex with an ad campaign inviting registration, which will be followed by a full launch in August.

Creative agencies are increasingly exploring equity as an option for remuneration as traditional methods of revenue shrink.

“An agency’s IP is something that should be highly valued. It’s what defines us as an industry," Cummins&Partners co-ECD Julian Schreiber says.

"This approach, where we take equity in a business, in some ways is a better expression of the value we bring."

Cummins&Partners has been heavily involved from the very start with Lodex, including product development, brand strategy and design, UX and web design as well as the overall go-to-market strategy, including media planning and buying.

“Collaborating with startups to co-create businesses and brands in the tech space is energising and full of potential. It’s where we want to play more in the future," Cummins&Partners Sydney MD Dan Ingall says.

The 30-second pre-launch ad features a man bathing in money being served Champagne in front of the fire.

The voiceover says: “Some people say jump and financial providers and lenders say how high, lining up to give these powerful people great rates on loans and deposits.”

The ad then cuts to a younger male getting into the bath, aiming to show that Lodex will give everyone access to financial services.

Lodex syas it's is an "Australian-first loans and deposits marketplace that puts the power into the hands of the consumer".

"It's an agnostic exchange that allows financial services providers to come to you, the consumer, to compete for your loan or deposit," co-founder and executive director Mic Phillipou says.

The launch comes hot on the heels of a host of recent new business wins for Cummins&Partners Sydney including HBF and the University of Tasmania.