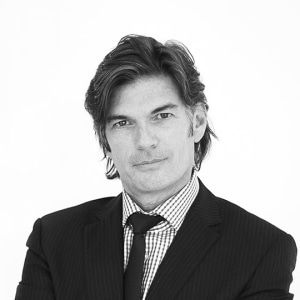 Sean Cummins has returned to Australia to lead the creative duties for Cummins&Partners Melbourne.

His return to his home town of Melbourne follows the departure of the agency's joint ECD's Jim Ingram and Ben Couzens, and chief strategy officer Adam Ferrierin March.

Following the exit of the trio, Cummins&Partners promoted Tom Ward to fill Ferrier's position, but has not yet replaced the ECD roles.

Cummins tells AdNews he will now split his time equally across Sydney, Melbourne and New York. AdNews understands there may be more news about a permanent creative lead for the Melbourne shop in the near future.

Cummins has been overseas for three years, relocating to the US in 2014 to break Cummins&Partners into the world's largest ad market - New York. He later moved to Toronto to launch an agency there. Cummins&Partners opened its New York and Canada office in 2015.

While New York has been gaining momentum, picking up three new clients at the beginning of this year, Cummins was forced to close the Canadian office in 2016 after a deal went south with one of his partners.

AdNews understands Cummins has also been playing a more active role in the Sydney office of Cummins&Partners, following the loss of its foundation client, Vodafone.

The Sydney office has had a strong 12 months under the new direction of managing director Dan Ingall, picking up work for HBF, Allianz, University of Tasmania and several government projects.

In 2015 Sean Cummins entered the AdNews Hall of Fame. Read a profile interview with him here and watch the sizzle reel below.