Cummins&Partners promotes from within to fill Adam Ferrier's CSO spot 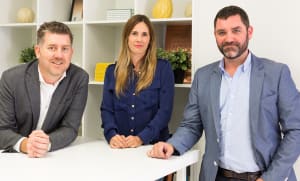 Ferrier’s exit was announced earlier this year, alongside ECDs Jim Ingram and Ben Couzens. The trio are set to launch a new venture based in Melbourne in coming weeks.

Cummins&Partners CEO Chris Jeffares will take on the day-to-day management  of the Melbourne-office having also recently hired Dan Ingall as MD of  their Sydney operation, working closely with Tom Martin and Julian Schreiber as co-ECDs.

Ward has been at Cummins&Partners for over two years, joining from Naked Communications where he was MD. He has more than 15 years’ experience in advertising, including a role as head of strategy and insight at GPY&R and account management at Clemenger, TBWA London and St Lukes.

While Ferrier's title was global, Ward will be national chief strategy officer across the Sydney and Melbourne offices.

Jeffares says the decision to promote from within rather than hire a new chief strategy officer was the right move for the agency.

“It’s always exciting when you can promote from within to drive the agency forward  and Tom and Firthy are brilliant operators. They have thrived at the agency because  of the diversity of their skills and passion for clients and creativity,” Jeffares says.