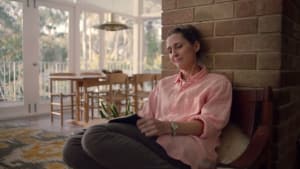 Insurance giant HBF has released its first work from Cummins&Partners Sydney since the agency was appointed to the account in June this year.

It highlights how people personalise their homes and take pride in each piece of furniture, sticking to a similar style voiceover as previous work from Marketforce.

It finishes with the tagline: “It’s just another way we look after you”.

The second 60-second spot promotes HBF’s health insurance, highlighting the range of services it covers, from acupuncture, to hospital stays to optometry.

The message is HBF will help you look after “it”.

The voiceover says: “In health we all have an ‘it’ and we have been trusted for 75 years in WA to help you look after it.”

Earlier this year, while the pitch process was still underway, The Works produced a piece of work for HBF starring Paralympian Brant Garvey.

Cummins&Partners ultimately won the account as the health insurer looked to take a more national approach with its advertising, previously only working with Perth-based agencies.