Christmas ads 2018 round-up: Watch the festive best from around the world 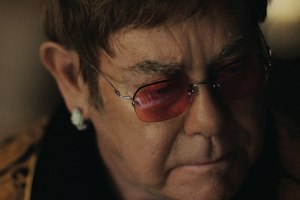 'Tis the season for blockbuster holiday commercials and we’re keeping track of all them right here. See below for all the Christmas marketing extravaganzas, and check back often, as we’ll be adding more global and local executions as they go live.

Cadbury
Cadbury is celebrating the Secret Santa ritual in a series of holiday ads. From schools to workplaces, everyone enjoys the simple pleasure of sharing small gifts with friends and family. To highlight that, the confectionery company created short spots featuring a young boy hiding under his brother’s bed to sneak him a box of chocolates and a factory worker having his day brightened by a co-worker’s gift.

Google
Kevin McAllister is home alone again, this time for a Google Assistant ad. More than 28 years after Home Alone was released, Macaulay Culkin stepped back into character and recreated scenes from the Christmas movie favourite in a nostalgic spot for Google. McAllister reminds us of iconic moments, such as him getting ready in the bathroom and the pizza delivery scene, but with a modern twist, as Google Assistant guides him through the day.

Air New Zealand’s sense of humour shines through in its ‘'The Nicest Christmas Ever’ campaign. In the three minute spot, Santa leaks the ‘naughty list’ to kids in an email mishap. The kids then embark on a journey to get off it. With help from the airline they hold an International Naughty Kids Summit where representatives from country, such as the UK and US, promise to make changes to get on Santa’s ‘nice list’.

Apple released an animated Christmas ad with the tagline “Share Your Gifts”. The near three-minute Pixar-like spot follows a girl creating work on her MacBook, which is accompanied with AirPods as the only Apple products in the ad.

Burberry called in some of the biggest British stars for its UK Christmas campaign. The film, which aims to capture the eccentricity of a British Christmas, includes Naomi Campbell, Matt Smith, M.I.A and Kristin Scott Thomas. Titled 'Close your eyes and think of Christmas', the spot features the stars moving between reality and fantasy.

David Jones is celebrating Christmas in the woods this year with the release of its holiday campaign.The 15-second spot features a traditional-styled Christmas dinner with a family gathering around gifts and food in the woods. The classical-styled ad is a departure from last year's more kids-friendly campaign which followed the story of a gingerbread man journeying home for Christmas.

Bonds is celebrating a white-hot Aussie Christmas with its new festive campaign that asks viewers to get into the holiday spirit. Created by Leo Burnett Melbourne, the campaign explores the many ways Aussies can enjoy a white Christmas Down Under. The 30-second spot features all-star cast including Indigenous model Lilla Lowanna, Triple J presenter Tanya Bunter, Aussie model Kawani Prenter and Melbourne couple, Damian Meredith and Brendan Leith.

This year Aldi went to the heart of the outback to celebrate the magic of Australia in its Christmas campaign. Showcasing both the beauty of the harsh outback and generosity of its inhabitants, the new Christmas ad, by BMF, comes in ahead of supermarkets Woolworths and Coles. The ad starts with the tranquil Aussie landscape being disturbed by Santa who crashes down to a community that welcomes him as one of their own, revealing the magic of mateship with its 'The More the Merrier' tagline.

Aldi UK also released its Christmas ad telling the story of Kevin the Carrot and Little Red Riding Hood. The spot features a cute little carrot as Red Riding Hood collecting Aldi's best deals for her grandmother, only to find it's the parsley dressed in the grandmother's clothes.

The Christmas ad of Woolworths features a large Australian family making the trip home, each doing their bit, to celebrate the magic of the season over food. The campaign, ‘Home for Christmas’ aims to highlight role food plays in creating that Christmas feeling, putting the spotlight on the Australian produce available at the supermarket giant, including pavlovas, cherries, puddings, ham and more.

NRMA Insurance by The Monkeys

NRMA Insurance is exploring the world of animation in its 2018 Christmas campaign that encourages parents to slow down and turn off their mobile phones while driving and keep their families safe during the holiday period. The 60-second spot tells the story of a young girl who must find a way to get her stressed dad to pay attention to the road and turn off his mobile phone while driving.

Myer launched the Christmas campaign giving parents the power of Santa. The 30-second TV spot features young children doing house chores, eating their greens and preparing dinner for their parents to make sure they're on “Santa's” nice list with the holiday decoration.

Big W is celebrating the magic of Christmas in a campaign from M&C Saatchi Sydney. The 30-second spot follows the journey of a young girl awaiting the arrival of Christmas and is underpinned by Big W's 'Bring the Magic' message.https://youtu.be/X-cwwrkgqtQ

St George has released its festive money-managing offering, a 30-second TVC starring Father Christmas and St George icon, Little Dragon. The merry duo fret as they attempt to balance the books before Christmas Eve, contemplating whether or not they can afford to visit everyone this year.

Target has released its annual Christmas campaign inspired by the idea that the world would be a much nicer place if we could all ‘give a little love’. Created by AJF Partnership and directed by Stephen Carroll from Revolver, the ad, being set to the Burt Bacharach track ‘What the world needs now’ as sung by Dionne Warwick, is a simple and sweet story of kindness and coming together.

Amazon has brought back its singing boxes from last year with a new Christmas ad by Lucky Generals. Singing The Jacksons' 1981 song 'Can You Feel It', the boxes come to life once again bringing joy to anyone it crosses paths with, including children, dogs, office staff and even Amazon warehouse workers and delivery drivers.

Sheridan is addressing the disposable nature of Christmas in a new campaign that highlights the sustainability of its product. The 60-spot sells Sheridan as the antidote to the disposable gifts that have come to define Christmas, featuring items from its range, such as luxury loungewear, silk eye masks and monogrammed robes through to towels, bed linen and baby gifts.

IGA by March One

IGA has launched its first Christmas ad for the year with a focus on its local spirit featuring Australian comedian Shane Jacobson. The spot features families gathering around for Christmas meals and aims to highlight the brand's focus on local communities.

Pedigree launched the Christmas campaign ‘The Season of Good Dog.’ Created by Colenso BBDO, the two-minute ad follows the story of 'Good Dog' who arrives at a family's home as a Christmas gift and upon seeing the holiday celebrations around him, mistakenly believes it's all for him.

RedBalloon urges consumers to consider different options when it comes to the tradition of gift giving this Christmas. The 30-second spot featured a man named Jeff, who has “nailed” his Christmas gifting this year, showering his family with a range of driving, flying and dining experiences from RedBalloon. The campaign encourages consumers to “be more like Jeff”.

The ‘Give a Little Christmas’ campaign from Stockland celebrates the spontaneous, unplanned and unexpected moments that make Christmas special and can bring a community closer. The campaign aims to inspire the consumers to consider whose lives they can brighten and invite them to ‘Give a little Christmas’ and think about the people in their life they can surprise with random gifts of kindness.

Twitter UK Christmas ad stars the "real" John Lewis, an American lecturer who was mistakenly inundated with tweets when the brand launched its Elton John campaign. Lewis appears in a tongue-in-cheek ad playing on the case of mistaken identity.

Walmart Canada released the Christmas campaign. The “Bring Holiday Magic Home” spot features a teddy bear who is left on the shelf at closing time, after many of its fellow toys have already been taken home. It spends the night exploring the toy section. It finds its way back to the re-stocked shelf in time for the store to open, where it is found by a dad and taken home, given as a gift to young girl.

Reindeer Ready of McDonald’s is back this Christmas in UK. Reindeer Ready follows Father Christmas enjoying a mince pie at every house. It’s the tradition that brings warmth and love to viewers.

French telecommunications company Bouygues Telecom released a feel-good Christmas commercial, which follows a father and son throughout the years. It starts with the father singing along to the Redbone's Come and Get Your Love to his newborn son. As the son grows up he continues to be embarrassed by his father's love of the song... until he has a child of his own.

HP rolled out a Christmas ad to showcase its Sprocket portable printer. Created by Clemenger BBDO, the 30-second spot features Sprockets hung up on Christmas trees like baubles, which then begin to print images of real couples leaning in for a kiss. The campaign targets Aussies and Kiwis, telling them to ‘Say it with love, say it with a Sprocket’.

Specsavers UK rolled out an adorable Christmas campaign with its long-running 'Should have gone to Specsavers' tagline. It features kids describing their idea of Santa, including that he lives in a carrot house. The kids also cheekily describe how he gets down all those chimneys, and why he left the South Pole.

International Committee of the Red Cross

The International Committee of the Red Cross (ICRC) reminded us some people just want to be reunited with their family for Christmas. Produced in partnership with UK agency adam&eveDDB, the spot is a confronting reminder of how people continue to spend the holiday season in war zones. It aims to raise awareness of ICRC’s work to reunite missing people with their families across the world.