For the half year to 31 December 2016 Southern Cross Austereo (SCA) radio network has seen net profit after tax rise 11.8% to $48.5 million, on revenue of $351.8 million. It says the group revenue, up 9.2%, was boosted by strong growth in regional TV revenue and improved sales practices across all businesses.

Earnings before interest, tax, depreciation and amortisation rose 1.3% to $92.6m.

SCA CEO Grant Blackley says: “These results demonstrate the depth and strength of a diverse media company that is outperforming the market in each of its categories.

“We have been systematically resetting SCA for success by focusing on our financial performance, our operational effectiveness in our existing businesses and investing in new growth opportunities that leverage our expertise in audio and entertainment.”

The pressure is on for SCA in the upcoming March 14 radio ratings results after switching up its Sydney breakfast slot following the axing of Rove & Sam. In January SCA admitted defeat amidst the frosty radio ratings and removed Rove & Sam from the breakfast menu, instead bumping the duo to a 7-8pm slot only. See: SCA may have been 'overly patient' with Rove & Sam

The Em Rusciano Radio Show with Harley Breen (pictured below right) was introduced and initial sentiment (after week one) around the show was largely positive/neutral (see below). See: SCA to let breakfast show 'speak for itself' as listeners.

Excited about the future

“In the last six months we were involved in 24 new regional radio surveys, rebranded 68 of our regional radio stations into the Hit and Triple M Networks and rebranded many of our television stations to Nine. These have all been aimed at improving our “ease of buying” for our clients and boosting our national marketing and sales capability,” Blackley says.

“Our seamless transition to our new affiliation the Nine Network has provided the platform to substantially grow revenues in our television businesses and excitingly, we have started rolling out fifteen local 6pm news services in many of our Nine markets.” 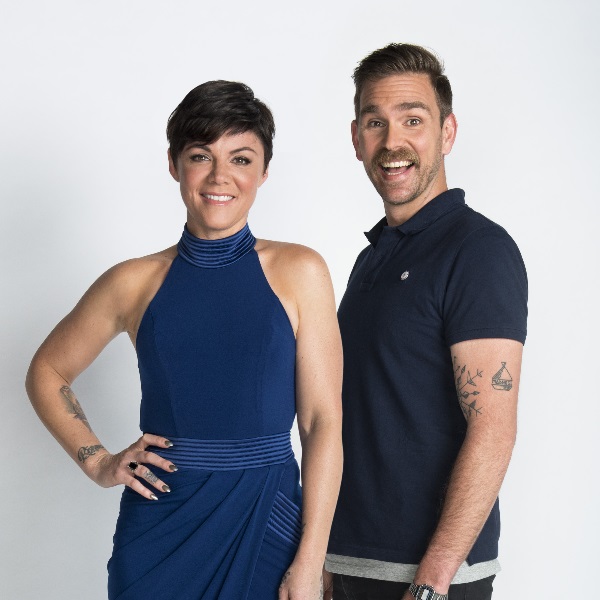 He adds that the successful acquisition of the Authentic Entertainment assets and integration of Vevo’s exclusive Australian sales representation has further improved its scale and digital content offering in market.

SCA says reflecting an advertising market with low growth forecast, EBITDA is expected to deliver growth on H2 FY16 with full year operating EBITDA forecast to be at the lower end of the guidance range ($177m-$183m).

It also expects increases in revenue driven by new formats across metro radio and improved national sales opportunities resulting from: regional radio surveys and the rebranding of regional radio stations as part of the national MMM and Hit Networks; further maturity and monetisation of the improving brand and content of Nine inclusive of new local Nine news services in 15 markets throughout regional Victoria, southern New South Wales and Queensland – and continued focus on technology to deliver enhanced productivity and back office efficiencies to mitigate the cost of investing in enhanced content.

Check out our coverage of all 2016 radio surveys below:

See here for Another 'stellar year ahead?' Radio predictions for 2017