Under the hood: Henry Tajer details his first six months as CEO of DAN 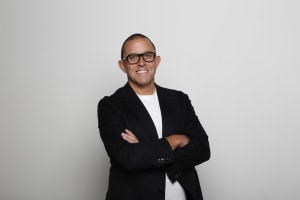 In this two-part series, Dentsu Aegis Network's CEO Henry Tajer takes AdNews through his first six months in the role, the challenges the holding group has faced and his plans for its future.

Dentsu Aegis Network (DAN) ANZ CEO Henry Tajer has had his fair set of challenges since being appointed to the top job earlier this year. However, the holding group boss says there is more to the business than people know.

Joining in February this year, taking over for former CEO and long-time DAN executive Simon Ryan, Tajer returned to Australia's agency world after a brief stint with Amazon locally.

Prior to returning home, Tajer had been heading up competitor holding group IPG Mediabrands as global CEO, based out of New York.

During his short time with DAN, Tajer has been forced to examine every corner of the business which has led to restructuring.

There have been multiple high profile exits and the media sector of DAN has also been hit with account losses. However, Tajer says these are a necessary part of repositioning in the market.

"It's fair to say also that parts of the group had undergone different pressures, both around account losses and challenges with clients as well as the inverse of that which was growth pressures, growing rapidly and dealing with that," Tajer says.

"I have taken all of those challenges as learnings and I've tried to do the best I can to reinforce to the rest of the team that there's more to be learned when you're facing adversity and facing challenges than when you're seemingly flying high."

Reflecting on why he took the role, Tajer says he found the business to have sufficient opportunity to grow and evolve, not just through traditional means but also from the challenges it faced.

He says it has also been important for everyone at DAN to understand that it isn't about placing blame on people or looking for easy excuses but instead taking every difficult learning on-board and using these to develop better solutions for its clients.

"It's been important for us to not use what's happened in terms of some of the account losses as a reason to blame and there has been collective responsibility for a lot of different pieces, both good and bad," Tajer says.

"For different parts of the group, it's been really difficult. For others, it's been really exciting, but what I've seen in the most part is the people in our business come together which I think ultimately becomes the strongest element of our offering."

Over his first six months, Tajer says he tried his best to keep out of the spotlight, instead spending time standing back and watching how the holding group operates.

He made a promise to himself to learn as much as could from the business, rather than going to focus on short-term opportunities and challenges, and mandating sweeping changes.

Comments he's had include "DAN's good but you need to come together as a business", "Why would you take this job?", and "It's all over for you here".

"To those that saw the potential and really understood why I came on board, they know what I'm now seeing and learning and they've been great supporters as well as people that I've bounced thoughts off," he says.

"To those that feel it's a competitive advantage to write us off. Good, bring that on. I look forward to demonstrating that they're wrong and sooner rather than later.

One of the biggest moves by Tajer since joining DAN has been to change the operational structure of the holding group's specialised media investment arm Amplifi.

It was reported earlier this year that the Amplifi's media buying team was being integrated back into the three core DAN media agencies; Carat, Vizeum and Dentsu X.

The decision was widely applauded in the industry, with the previous structure often being labelled as "confusing".

Amplifi will still continue to exist in Australia, with the business appointing Michael Bass as its new chief investment officer, taking over for Ashley Earnshaw, who has since taken the reigns as CEO of Vizeum.

Bass will be responsible for developing and driving DAN’s media investment strategy, as well as identifying new and improved ways of working with media owners.

"Tajer says the decision to reintegrate part of the Amplifi business back into the respective agencies was something he knew needed to happen immediately," Tajer says.

"On my first day in the group when I looked at the media business, I looked at that as a simple fundamental problem that I knew was going to change but we didn't change it straight away because that would be foolish in my view.

"We took some time and it gave us an opportunity to really understand how to best do it. We're doing that now and it's working. When we made that decision internally it was applauded."

Tajer added that he didn't think the group deserved a "standing ovation" for making the decision, adding that it was a pretty obvious and simple tweak to how the business operated but reiterated that it was one of the most important first steps in enhancing DAN's offering.

Despite the exit of individuals throughout the business, Tajer has also spent the last six months in the chair finding new leadership across multiple areas.

Tajer says he is "really excited" about the talent he has been able to bring into the group during this time and believes they will have a significant impact on rebuilding the business.

"As difficult and sometimes as cruel as that may sound, my job is to ensure that every seat in every Dentsu building in Australia and New Zealand is occupied by the best possible person we have in the market," Tajer says.

Part two of the Tajer interview, which looks at the future of the holding group, new divisions and its new structure will be published tomorrow.