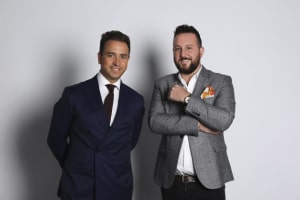 After nine years with Dentsu Aegis Network (DAN), Simon Ryan has resigned as CEO of Australia and New Zealand after accepting a senior role outside the network.

While the most obvious role for Ryan would be WPP AUNZ CEO, AdNews understands he's not taking the top job and will be joining an ASX-listed business with more details to emerge today.

Ryan was appointed CEO of Dentsu Aegis Network in February 2016 replacing Luke Littlefield. Prior to that, he was the CEO of Carat for seven years and also held roles at MediaCom and UM.

He says on his departure: “My time at Dentsu Aegis Network has been an exceptionally rewarding and satisfying experience. I have worked and collaborated with great people to perform challenging and inspiring work, to grow the business and triple its size, over the past nine years. It’s now time for me to embrace the next challenge in my life and focus on a different business. Ahead of my departure I will remain focused on our people and clients, and continue to deliver on the ambitious ANZ plan.”

DAN APAC CEO Nick Waters thanked Ryan for the leadership he has shown throughout this career and wished him all the best in the future.

"During his time Simon has driven extensive change for the Group, positively impacting culture, collaboration and commercial performance," he said.

Ryan, who has been one of the more prolific media agency leaders, will continue to lead the business while a global internal and external search is underway to identify a replacement for the CEO role.

Earlier this month, Ryan sat down with AdNews to discuss the progression of the DAN, following the launch of Amplifi, a centralised investment arm, the introduction of people-based marketing platform, M1, a new government services division and its direct clients services division InvestDirect@DAN.

He issued a bold warning to other agencies saying they must transform their models or risk disappearing.

A final departure date For Ryan will be agreed to in due course.