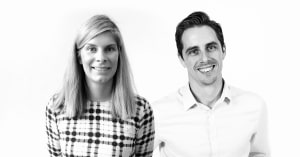 Dentsu X has undergone its second leadership restructure in 12 months with current national MD, Angela Tangas, exiting the agency for a larger role within the Dentsu Aegis Network (DAN).

Tangas, who joined the agency in February 2018, will be replaced by Carat's current chief strategy officer Sam Hegg, who has been with the business for close to a decade.

As part of the reshuffle, Tangas will now step into the new role of executive director of business operations, managing DAN's new Capability Shared Services division – a client first, solution led, centre within the business.

The role will also focus on supporting and enhancing the customer experience for DAN’s current client base, while also looking to drive the future growth of the network through innovation, technology and partnerships.

The former iSelect executive was bought on to revamp the agency and overhaul the strategy to focus on cross-channel specialisation.

At this point it is unclear who Tangas will report directly to in the new role, following the departure of DAN ANZ boss Simon Ryan late last year, with the role still yet to be filled.

“It gives me great pleasure to announce the promotion of two of our most exciting, and dynamic leaders. Sam’s extensive history within the network, sales orientated background, exceptional strategic capabilities, and leadership style will complement and advance the Dentsu X team as they continue their growth trajectory," Dentsu Aegis Network HR director Luke Speers says.

Speaking on his new role, Heggs says he's excited to take the business into its next phase of growth with the continued support of the network.

“I’m privileged to have been part of an amazing growth story since joining Carat in 2009 – working with great people and clients, while Dentsu Aegis Network has continued to transform," said Hegg.

“Locally, the business has been evolving the way it delivers ‘experience beyond exposure’, by unlocking value throughout and beyond the customer journey."

A direct replacement for Hegg is yet to be announced.