whiteGREY CEO Lee Simpson: ‘Diversity of thought is a necessity’ 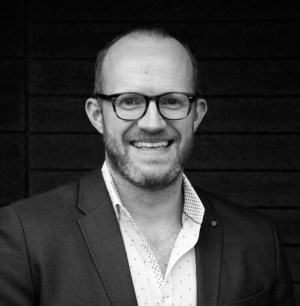 Two years on from the merger between The White Agency and Grey, which former WPP AUNZ CEO Mike Connaghan admits wasn’t handled perfectly, whiteGREY has made a strong comeback under the helm of Simpson.

“Our new agency strategy highlights the benefits of the merger. The strategy demands diverse perspectives meaning that diversity of thought is a necessity not a ‘nice to have’,” Simpson says.

The former M&C Saatchi managing partner was brought into the agency a year ago, following the departures of joint-CEOs Miles Joyce and Paul Worboys, and the loss of one of its major digital accounts, Lion, which led to several redundancies.

“Day one of the new leadership saw an articulation of a new agency strategy and model to help realise the ambition for whiteGREY,” Simpson explains.

A new three-part strategy saw the agency recognise the advantages of its creative and technology capabilities colliding, as well as launch its positioning and create what it calls platform orchestration.

“Our strategy has been recognised outside of whiteGREY in Australia,” Simpson says.

“The thinking has been well received by the Grey network at a regional and global level. Whilst agencies in this market find it challenging to match the financial contribution of the London or New York agencies, we can most definitely influence the network at an intellectual level through agency models and, of course, the work.”

The collision of creativity and technology

The unison of The White Agency and Grey meant the agency could now offer up a more diverse, yet specialised offering to clients.

It has been able to broaden its service offering to provide clients in areas including strategy, demand, technology, data and experience.

Merging its creative and tech capabilities has also allowed the agency to expand the scope of its relationship with new and existing clients.

“Sometimes we start a relationship with a client through a tech project, other times we begin from a brand and comms perspective,” Simspon says.

“What is most encouraging is growing existing client relationships, from additional tech work for Volvo to stretching into social and PR work for Royal Caribbean.”

In addition, it has had to diversify its team. This diversity comes in the form of anything from professional discipline, gender, socio-economic background or ethnic diversity.

“From a cultural perspective, my head of technology has an equal voice as my ECD, which is probably different to other agencies, and my strategic leaders are happy in brand just as much as technology,” Simpson says. 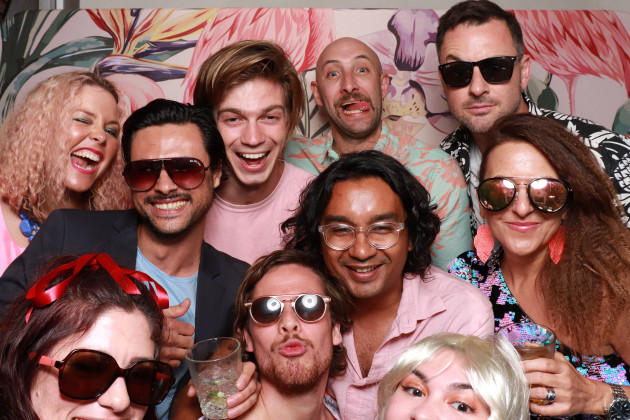 As part of the new strategy, Simpson sums up the agency’s positioning in three words – tension creates extraordinary.

“It’s the collision of these perspectives that creates a tension point, which gets us to better thinking,” he explains.

He calls out the agency’s “diverse mix of thinkers” – something that was possible courtesy of the two businesses coming together.

In the last year, the agency’s fresh approach has seen several new hires join the team bringing its headcount to approximately 70 staff across Sydney and Melbourne. 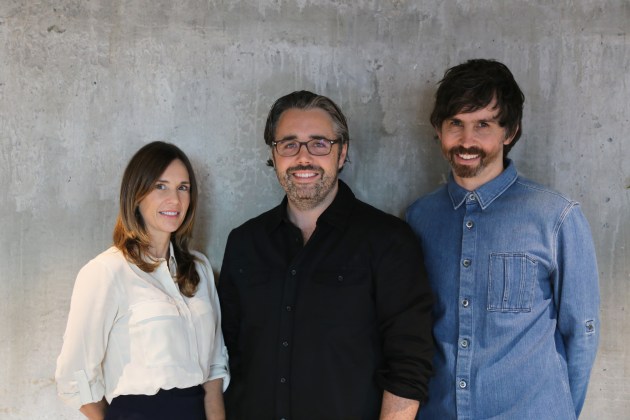 “We had some great people leading that office before, but I’m excited about the new team there,” Simpson says.

“Katie Firth is a smart leader, Garret and Joe are two of the most exciting creative brains in the market and Nathan Rogers completes that team nicely adding the strategic firepower.”

The agency has also reshaped its tech offering, appointing Juan Garcia as a new head of technology, alongside making a name for itself within the WPP AUNZ network.

“We have recently built an offshore tech team in Bali and are a key player in developing the voice offering at WPPAUNZ, having brought this tech to market for a couple of clients already,” he says.

“We are also playing an active role in the martech community within WPPAUNZ as clients increasingly ask for our help in that space.” 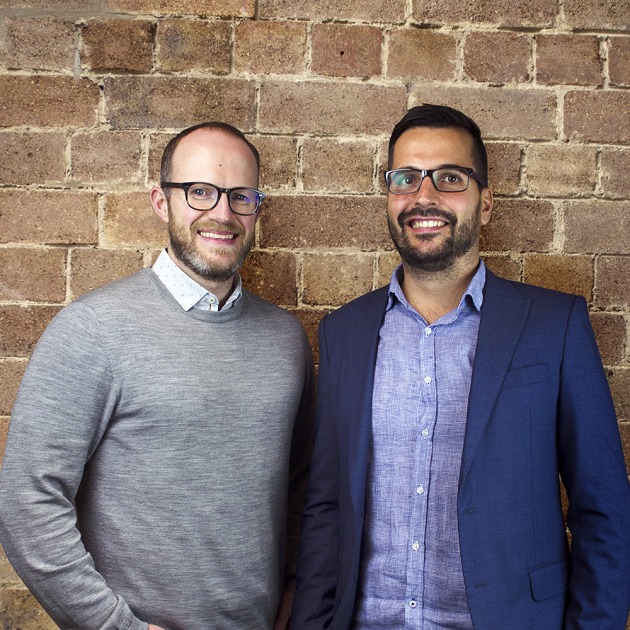 The third prong to whiteGREY’s strategy is to offer a more full-service approach, which it calls platform orchestration, in order to influence the whole experience journey.

While tech and creative remain at the core of the business, whiteGREY has been building its media capabilities as well as part of its platform orchestration.

It has already worked with several clients in the performance media space and has the option to leverage WPP AUNZ-owned Group M’s buying power as needed.

“Our clients buy into our ‘scale and intimacy’ approach where they have a tight, focussed team around their brand with a mix of capabilities and we then scale through the WPP Group or the network,” Simpson says.

Over the last 12 months, whiteGREY has added Hawaiian Airlines and Powershop to its client roster alongside other brands such as P&G, GSK, Kimberley-Clark, Volvo and Royal Caribbean. 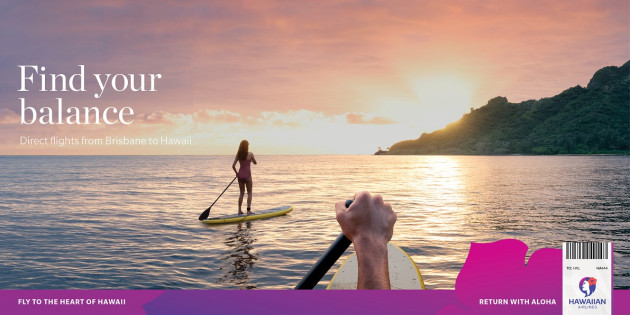 Most recently, the Living Seawall it created for automotive client Volvo took home a Silver and Bronze Lion at Cannes.

It has also received awards from AWARD, Tambuli Awards, Beazley Design Awards and been shortlisted for the 2019 Effies.

“Partnering with the Sydney Institute of Marine Science and using divergent thinking, we took on the rising issue of ocean plastic and the impact of urbanisation on local Australian marine habitats by creating seawall tiles that mimic the structure of a natural mangrove forest in Sydney Harbour,” Simpson explains.

“The Volvo designed tiles will exist for over 20 years and 55 species of marine life now call the Living Seawall ‘home’.”

Part of the Omtanke brand platform whiteGREY built for Volvo, the Seawall made it into the global spotlight and is now being adopted in other markets.

The campaign was brought to life through activation, PR and digital platforms.

The Invisible Friends campaign for the Missing Person’s Advocacy Network (MPAN) is another standout work from the agency post-merger.

“We created a campaign that enabled MPAN to search over 750 million photos on the Facebook platform by simply asking Australians to add a ‘missing person’ as a friend,” Simpson says.

The campaign reached over nine million Australians and was seen in the UK, the US and Europe.

It also drove corporate awareness and donations for MPAN with the likes of Facebook offering assistance.

In May, the agency released its first work for Hawaiian Airlines which saw the launch of a new brand platform Return to Aloha.

“When we pitched on Hawaiian Airlines, we knew they were an amazing airline and Hawaii, a fabulous destination,” Simpson says.

“On face value, the task of engaging prospective travellers, creating preference for Hawaiian and ultimately, increasing bookings, should be easy.

“Yet, we have low brand awareness, relatively low spend and we’re also a challenger to the large, well-established local carriers and their compelling functional and emotional attributes.”

“The Return with Aloha platform is a mission to reclaim Aloha by sharing it’s true meaning to our guests.”

Another award-winning work, Hello in Elephant was an elephant translator created by whiteGREY in collaboration with Sheldrick Wildlife Trust to help save endangered Elephant species.

“Our brief was to reenergize the fight to prevent elephant extinction when everyone thinks the fight has been won,” Simpson explains.

The translator gave people the ability to speak ‘elephant’ by translating decades of research on elephant communication into elephants’ emotions.

The work went global and helped drive an increase in donations to save the elephants by 34%.

whiteGREY’s recent work reflects a growing trend among agencies and brands to focus on social good, as seen at Cannes Lions International Festival of Creativity 2019.

This will remain an area of key importance for whiteGREY, but is also something Simpson believes should be top of mind within the industry.

“From an industry perspective, we need to continue to show the value of the creative industries in Australia, from driving economic prosperity to changing behaviour around important social causes. That should be a goal for us all.”