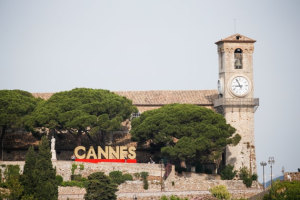 As this year’s Cannes Lions International Festival of Creativity drew to a close, it was those who set out to make the world a better place who went home with the heavier luggage (filled with awards).

Gone are the days of being able to create ads which purely to sell a product or service. The hard sell won’t work. Consumers want more from brands. They expect more.

Social good may seem like the new fad. As Unilever CEO Alan Jope noted while speaking at Cannes, more and more brands are “woke-washing” and “polluting purpose”.

Despite the woke-washers out there, this year’s winners at the event showed that the adland can leverage its power as a driving force for change.

AdNews spoke to local industry creatives post-event to discuss how making a difference has proven to be the way forward.

Special Group executive creative director and partner Julian Schreiber, who also judged for the Film category at Cannes, says it was a major trend.

“Transformation of charity into corporate responsibility and the importance of media and journalism as a cultural influence [were trending],” Schreiber says.

Australia’s only Grand Prix winner this year The Lion’s Share, created by Clemenger BBDO Melbourne and Finch with the support of Mars Australia, won for Sustainable Development Goals – a category which is only in its second year.

The work, which launched at Cannes Lions 2018, is an initiative that sees brands commit 0.5% of their media spend for any ad featuring an animal into funding that goes towards the conservation of wildlife and animal welfare.

Boxes of Hungry Puffs were stocked in the breakfast aisles of 42 IGA supermarkets in Western Australia (WA).

Soaring to success, the work helped bring 625,000 meals to food deprived children in the lead up to Christmas 2018. It is set to return to all IGA supermarkets across the state for Christmas 2019.

The work was shortlisted in a number of categories and took home a Silver and two Bronze Lions.

The Brand Agency Perth executive creative director Marcus Tesoriero, who worked on the project, says agencies, brands and judges were all on board the “social good bandwagon” at this year’s event.

“The social good bandwagon is something that not only agencies and judges are now jumping on, brands are clearly demanding it too,” Tesoriero says.

“And it’s for totally selfish reasons. Brands that aren’t standing for something bigger are getting left behind – especially by the up and coming generations of younger people who refuse to associate with them.

“Great news I say. Whatever the reason, brands now have an unavoidable business motive for social good. And that only makes the hard work we put into creative projects more satisfying.”

Tesoriero says Burger King CMO Fernando Machado has delivered one of the most important messages of all when it comes to fuelling greater creativity.

“Hopefully his message of ‘brave work wins’ is beginning to sink into the minds of marketing departments around the world,” he says.

“Because it starts with the client to project free thinking confidence to the agencies that work for them.

“Fernando acknowledges that if you create something worth talking about, it’s inherent that some people will complain. And he’s OK with that. As long as a majority of the momentum is positive.”

Saatchi & Saatchi Australia chief creative officer Mike Spirkovski found that there were three hot topics throughout the week, but like Schreiber and Tesoriero, it was that work that had purpose which resonated with him most.

"There seemed to be much chatter around media and an attack on Google and Facebook with everyone desperate to steal as many thumbs and eyeballs as possible,” Spirkovski says.

“Gender and equality is obviously top of mind and will continue to be so for many years to come.

“But the major trend for me was around brand trust and authenticity; having a genuine purpose and point of view on the world and standing by it, especially in the face of a crisis, for example Nike's “Dream Crazy” campaign with Colin Kaepernick."

While the purpose of the work may drive the social justice purpose in many cases, Digitas head of strategy and analytics APAC Maurice Riley notes the creative use of data as another way to lead a better cause.

Riley judged the Creative Data category at Cannes Lions this year, which saw Toronto-based creative agency FCB/SIX take home the Grand Prix for its work Go Back To Africa for Black and Abroad.

The work aimed to displace hatred and take back what it really mean to “go back to Africa”. It blacked out hate-fuelled Twitter posts and instead reframed them against words and images showing the beauty and diversity of all African countries.

"Data is the best language we have to describe our world empirically,” Riley says.

“Just like poets craft language to shed a “sideways” light on the world, the future of work in the Creative Data category will shed light on human truths in new ways and produce work with: whole-idea thinking, end-to-end strategies that transform the consumer experience and transform people; forward-thinking ethics—the work set precedents of data collection and use including, transparency and data democratisation; and inclusive data storytelling.

“Data reveals the truths of underrepresented communities and sparks brand stories and acts."