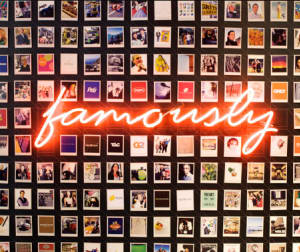 The White Agency and Grey are merging in the latest move by WPP AUNZ to rationalise its portfolio of agencies to find efficiencies and complementary capabilities across the group.

Digital shop The White Agency is much larger than Grey and doubles its footprint. While they are joining forces and now tapping each other's resources, whether they become one fully merged entity or remain separate, is still to be seen.

Michael Connaghan, CEO of WPP AUNZ, tells AdNews the move to co-locate the agencies and merge their capabilities is designed to build up Grey Australia to better reflect its global status.

He describes Grey as “understrength” in Australia, when elsewhere in the world it is has a much stronger reputation.

“It’s a very big, successful, powerful brand in North America and in the UK and there’s absolutely no reason that it couldn’t be that here. It’s a nice business and they do a good job, but it’s small,” he says.

The deal has been a year in the making and earlier this year The White Agency moved into WPP AUNZ’s 1 Kent Street campus in Sydney.

Grey is understood to have been looking to increase its digital capabilities with an acquisition long before then, but around the time of the WPP STW Group merger becoming a reality, Grey had to halt its search.

“I had a better solution waiting for them,” says Connaghan, although Grey’s leadership didn’t know why at the time.

“We’ve given Grey exactly what they need from a digital point of view and equally, it gives White access to the global knowledge and tools and clients of Grey, but also some creative and strategic muscle that some of the digital agencies lack in some regard.”

Connaghan adds that it's very days for the agencies joining forces and whether they become fully merged or remain separate entities is still to be seen.

“It’s an example of a very strong digital specialist company being injected into a traditional advertising business. Both of them complement each other in so many ways. At the moment, they’re really just living together, they’ve moved in and I don’t know whether that becomes full nuptials or not,” he says.

“They’re living together, and they’re starting to work together on clients. Eventually they’ll start to pitch together, and hopefully win together. A different story evolves for Grey because, as I said, it’s underpowered in this market and it shouldn’t be.

It’s the latest example of WPP AUNZ bringing agencies together.

You can read an in-depth profile interview with WPP AUNZ CEO Michael Connaghan in the current issue of AdNews in print. Download a digital version.

Update: The agency later revealed its new brand would be WhiteGrey and that the agencies would operate under one financial reporting line.

Paul Worboys, former COO of Grey Group Australia and Miles Joyce, CEO of The White Agency will work as joint CEOs.
Worboys added: “This is not about creating another integrated agency; this is about specialists within the technology, experience, ideas and creative space working together where possible, and separately if required."