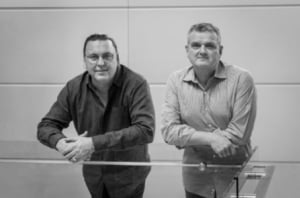 WPP, which owns the agency, confirmed his departure, adding his exit was due to "family reasons".

The agency will continue to be led by joint-CEO and founder of The White Agency, Miles Joyce.

Worboys joined Grey Group Australia in 2010 initially as managing partner, then moved to CCO. He was appointed as whiteGREY joint CEO with Joyce when Grey merged with The White Agency last year.

WPP AUNZ CEO Mike Connaghan says while Worboys had played an important role in building the merged WhiteGrey business, he respected his decision to take time out for family.

“Paul has been strong leader that has seen the business through a period of change and success. We appreciate that it’s now time for him to focus on other areas of his life," he says.

"Fortunately, we are in a position where WhiteGrey has two CEOs, allowing the business to continue as usual under Miles’ leadership following Paul’s departure. Paul leaves the agency in a good place and we wish him all the very best in this next chapter of his life.”

Worboys says he is looking forward to rediscovering the joys of waking up late and spending time at the beach.

“I began thinking about making a life change back in October last year and because of the decisions I made, I am both sad and excited to be stepping down from my position at WhiteGrey.

“I have really loved the last eight years with Grey - and most recently with WhiteGrey. I’ve met and worked with incredible people over the last few years and I am particularly proud of the working family, both past and present, that collectively we have built. I have made lifelong friends and I look forward to our paths crossing in the future.”