When is the right time to pull an ad? 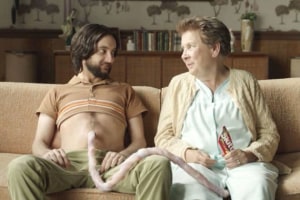 Skittles has had its ads banned several times

Big brands including McDonald’s, Skittles, Pepsi and Nivea all been on the receiving end of significant backlash for creating campaigns that missed the mark, ultimately making the decision to respond to public outcry and pull the ads.

The infamous Pepsi ad caused global furore for inserting privileged reality star Kendall Jenner into a commercial that attempted to push a message of unification. Viewers thought Jenner's role in the spot was disingenuous and Pepsi was quick to apologise. McDonald’s was called out for using the story of a kid’s dead dad to promote its Filet-O-Fish burger.

Last year the PR push behind a Weight Watchers campaign backfired and the ad was also pulled, complete with an apology.

These campaigns didn't necessarily break any advertising codes or come under scrutiny from advertising watchdogs, but the negative backlash from consumers was enough to kill off multimillion-dollar campaigns.

Some brands court outrage to create PR, others take ill thought out steps that back fire and to their brand reputation being damaged and people boycotting the product.

Marcel CEO Gavin Levinsohn says each piece of work has to be considered on a case-by-case basis weighting the context, the response, the intent and the risks.

“When considering whether or not to pull an ad, a possible guiding principle is to remember that the act of pulling an ad is a piece of the communication itself. So the marketer and agency should consider what does pulling this ad communicate about us and our brand?”

Locally, brand’s like UBank, Meat & Livestock Australia (MLA) and Ultra Tune have found themselves in the centre of a media storm for controversial campaigns, but stood by their work even when it was criticised.

Earlier this year, UBank's ad featuring the terminally ill was slammed for being “exploitative” and “insensitive”. Despite the backlash, CMO Jo Kelly stood by the campaign, adding it had to be disruptive to cut through in the category. The ad was found not to breach any advertising codes by the ad watchdog.

"We wanted it and needed it to be disruptive and for it to create a provocative discussion," Kelly previously told AdNews.

MLA and The Monkeys were behind the most complained about ad last year, attracting more than 740 complaints for its Australia Day 2016 campaign to the ad watchdog on the basis of being “discriminatory” against vegans and Indigenous Australians. Despite the uproar, the complaints were dismissed.

Despite the backlash, MLA and The Monkeys continue to push the boundaries each year. It’s now part of the strategy for the brand and has earned them global recognition.

All too often, advertising goes under the radar, which Sydney independent agency Mr Mumbles creative partner Laurie Ingram argues is worse than generating a bit of buzz – even if it's negative.

“It takes an incredibly strong client not to pull an ad once the negative tide of public opinion hits. And great work is generally going to be divisive because it’ll most likely be pushing against social norms and what people ‘expect’ to see in an ad: so kudos to brands like UBank that stick to their guns,” Ingram says.

Referencing the recent ad pulled by Skittles, which featured a grown man drinking from his mother’s umbilical cord, he says context is everything, and for a brand like Skittles being weird works.

“Skittles to me is just another surreal ad in their long history of weirdly funny and confronting work – gross, sure but it was only released on their YouTube channel so I would have pushed to keep it up,” he says.

Being bold has also benefited The Monkeys, which is renowned as one of the top agencies in Sydney.

While McDonald’s, Pepsi, Nivea and Skittles all pulled their ads after launch, The Monkeys chief creative officer Justin Drape believes it’s too late by then.

“The right time to pull an ad that will create a negative backlash and do significant damage to your brand is before you release it,” The Monkeys chief creative officer Justin Drape says.

“From the outset we are clear on the intent of the work – whether that may be wanting to provoke a newsworthy debate, a national conversation or strong sales results. With examples like our MLA and UBank work, both brands have a strong point of view, but the message in both cases doesn’t deviate from the brand’s core values or beliefs.”

Drape says the responsibility of knowing how far a campaign can go falls on both the agency and the client and brave work is often rewarded with brand loyalty and strong results.

Before the release of any controversial work The Monkeys seeks legal advice and puts a contingency place in.

Sportsbet has recently found itself in hot water for an ad featuring drug cheat Ben Johnson who won the 100m sprint in the 1988 Seoul Olympics and subsequently had his title stripped days after the race after testing positive to steroids.

Complaints poured in about the ad, with even politicians slamming the ad as “utterly inappropriate”. But Sportsbet stood by the ad, refusing to bow to public and political pressure.

BMF ECD Cam Blackley says he’s not keen on pulling ads as you shouldn’t be getting the work that wrong in the first place. He also believes the voices of outrage aren't often representative of the general public.

“We’ve experienced a little ‘outrage’ lately and we knew it would come. It was calculated and measured in the knowledge that the public would overwhelming be on our side. And we did our job: we stood out, got the sound bites, column inches, huge earned media in an ever-increasing bland advertising landscape,” he says.

"But the real question for me is ‘are the voices of the ‘outraged’ and the ‘indignant’, more important than those with better things to do with their time?"

McCann ECD Jerker Fagerstrom says agencies and clients have an obligation to push boundaries because you can't engage with people if you're going unnoticed. But he recognises advertising has to walk a fine line.

"The minute you know the ad, is not doing the job it’s supposed to do. When instead of making people smile it upsets people. But you need to know for sure because it is easy to be fooled by the disgruntled few. And this is where I believe we, clients and agencies, need to get a lot better in making informed decisions," Fagerstrom says.

Kelly takes pride in UBank’s 'Real Estate Tips for the Terminally Ill' campaign, adding it was successful in getting its point across and changing thoughts about home ownership.

The business knew it would be conversational before it launched, but backed it even with public outrage.

“As a marketer and a leadership team, you always have to ensure you are staying true to the message you want to convey when evaluating a new campaign. If the message manifests itself in a way that's thought-provoking, it's even more important that the message behind it is clear and its intent is pure,” Kelly says.

“In my experience, trying to create PR buzz by launching a controversial campaign doesn't work. The long-term pain will far outweigh any short-term gain because of the ripple effects it will have. Customers are smart and it's critical that you act in a transparent way - they will call you out otherwise and the damage you cause can be long-lasting.”